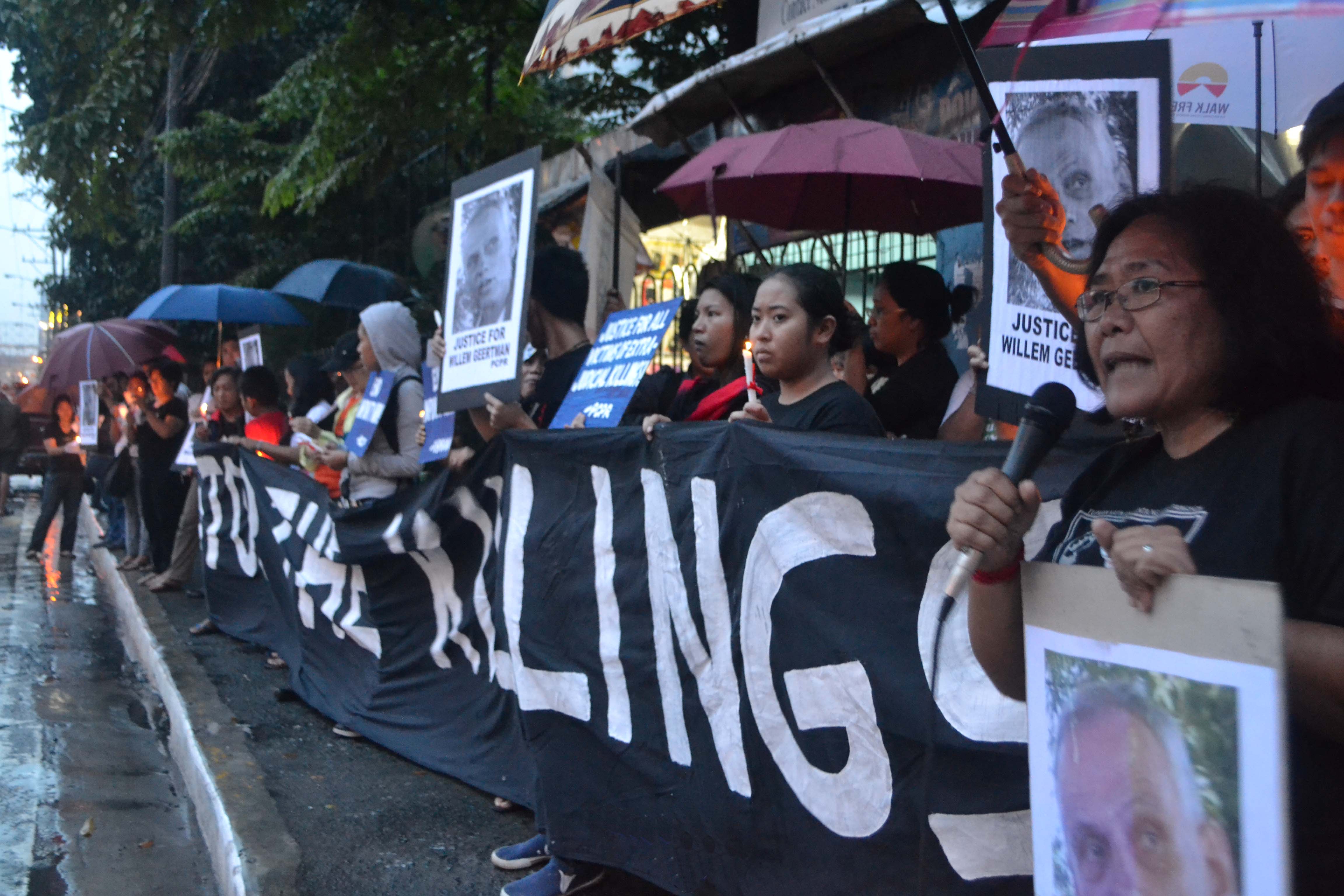 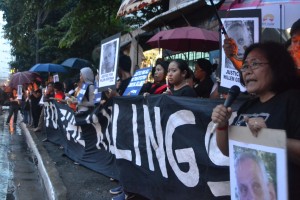 With umbrellas under the drizzling rain, the NCCP and representatives from KAMP (an indigenous peoples organization), KATRIBU partylist, the United Church of Christ in the Philippines, Desaparacidos, Promotion of Church People’s Response, 3KP (a church youth organization), Rural Missionaries of the Philippines and BAYAN raised its prophetic voices in an act of protest denouncing the killing of Mr. Willem Geertman, missionary and executive director of Alay Bayan, Inc., a NGO engaged in disaster relief.  He was shot dead in Angeles, Pampanga on July 3, 2012.

Mr. Geertman was 67 years old but spent the prime of his life until his brutal death in the service of Filipinos who are considered powerless.  He supported the cause of farmers and genuine agrarian reform for the upliftment of Filipino peasants; supported the farmers of Hacienda Luisita and indigenous peoples in the province of Aurora, Quezon.  He set up literacy programs for them and supported their struggle for their rights to their ancestral lands.

Some persons at the rally spoke of their personal encounters with Mr. Geertman whom they found to be truly dedicated to his work, to serve those whose rights are curtailed and genuinely kind and compassionate to those he chose to dedicate his life to.

Statement on the Killing of Willem Geertman

Statement on Executive Order No. 79