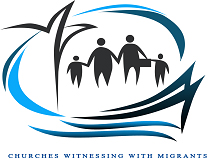 The Intersections of Migration, Human Rights and Development Justice

(Issued on the occasion of the Second United Nations High Level Dialogue on International Migration and Development, 2013)

a)      Institute a mechanism to review periodically the adherence of states to instruments for the human rights of migrants. Conduct this periodic review under the purview and auspices of the United Nations with the conducting body having the mandate of the UN General Assembly to call the attention of states and stakeholders in migrations to violations of the rights of migrants and to propose necessary policy recommendations for consideration of the states and entities concerned.

b)      Promote dialogues of cooperation between particular countries of origin and countries of destination that will focus on joint actions and services for migrants, especially those in distress.

f)       Urge governments to ratify and implement relevant United Nations and International Labor Organization (ILO) treaties and conventions, and amend their national laws to be consistent with such treaties and conventions, especially the UN Convention on the Protection of the Rights of All Migrant Workers and Members of their Families and the ILO Convention 189 concerning decent work for domestic workers.

g)      End schemes designed by governments and other entities to extract cheap labor from refugees and migrants.

This advocacy paper was the product of consultations by some 100 representatives of sixty-one grassroots, local, regional and international organizations of migrants and religious and ecumenical groups which met on 1 and 2 October 2013 at the Church Center for the United Nations in New York City for the Fourth International Consultation of the Churches Witnessing With Migrants. The consultation was held in conjunction with the 2013 Second High Level Dialogue on International Migration and Development by the General Assembly of the United Nations. For more information on CWWM, contact Mr. Mervin Toquero of the National Council of Churches in the Philippines at cwwm2013@gmail.com and mtoquero@gmail.com.

[1] According to the Asia Pacific Mission for Migrants, marriage migrants are those whomarry foreigners and live outside their home countries. In such marriage, many of whom are women, the migrant leaves the home country and in the country of the spouse will face different forms of discrimination, exploitation and domestic violence. See http://www.apmigrants.org/papers/09.htm.

[2] This regime of international trade, finance and investment, under the auspices of the World Bank and the International Monetary Fund, and other international financial institutions, has spawned agreements and arrangements like NAFTA, CAFTA and APEC that perpetuates the continued commodification (also commoditization) of migrants.

[3] The formation of the International Migrants Alliance, Migrante International, and the Alianza de Ex-Braceros del Norte, and the holding of the International Assembly of Migrants and Refugees (IAMR) and the Churches Witnessing with Migrants (CWWM), among others, demonstrates the resolve by migrants and migrant organizations, including religions and faith communities, in resisting dehumanization, marginalization and disempowerment. The CWWM in New York and the IAMR is the fourth convening of these groups.

The following eight areas of action were agreed upon on October 1, 2013 by participants of the 4th International Consultation of Churches Witnessing With Migrants held at the Church Center for the United Nations in New York City.

Commemoration of the Life of Obispo Maximo Alberto Ramento

Statement on Millions of Pesos Bonuses to SSS Directors