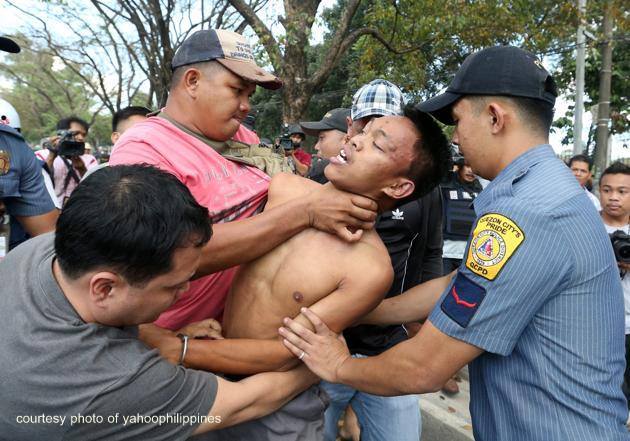 Justice Is Being Sold At The Gates 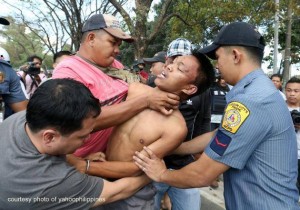 The National Council of Churches in the Philippines recognizes that the urban poor swell in number “due to economic depression and armed conflicts in the countrysides,” is aware “of the threat and actual conduct of demolition in urban poor areas, the grinding poverty and actual lack of social services”… and of the fact that the “urban poor are addressing their plight through organized efforts” (NCCP 15th General Convention, 1991).

Thus, we stand by the urban poor in San Roque along Agham Road, Quezon City in denouncing the inhuman demolition of their dwellings  and the physical assaults upon them.  This is a continuing and unnecessary conflict over public land under the control of the National Housing Authority an agency constituted precisely to address the housing of urban poor.  The forced eviction of the urban poor with inadequate or no relocation options in the name of Private-Public Partnership is appalling as it continues to deny human dignity to the urban poor and reduces the humanity of the other.

We deplore government’s labelling of the urban poor settlers as “professional squatters” and their portrayal as aggressors.  The conflict along Agham Road is not through any failings of the urban poor but through the failure of the Quezon City and National governments.  It is a failure to protect the interests of  those denied abundant life over and against those who crave and covet for more.  It is the failure of authorities to perform their civic and moral obligation to come to a reasonable and just agreement with its citizens long occupying lands, in regard to adequate and voluntary relocation options.  Labelling the urban poor is a cover up of such negligence.  There is no social justice.

When victims of the government’s preferential option for the rich and powerful are portrayed as aggressors, presented as financial opportunists and when government tramples on its citizens to promote the interests of corporations, it becomes the duty of every Christian to speak out in the name of truth and justice.