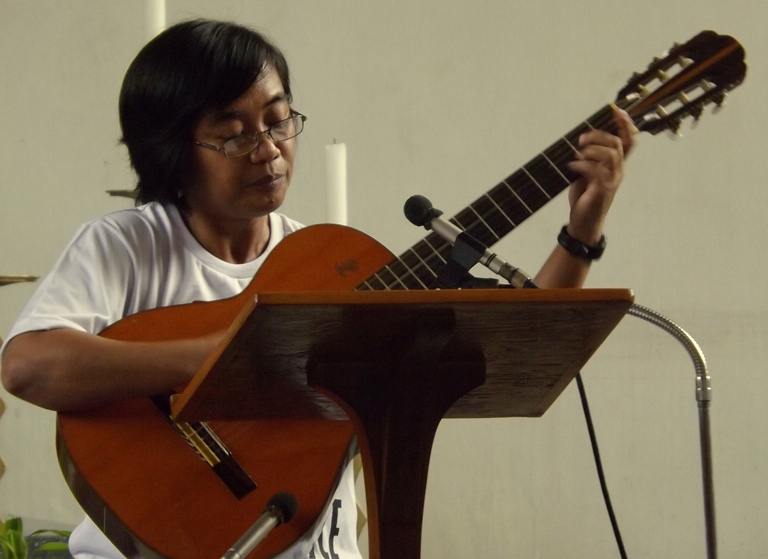 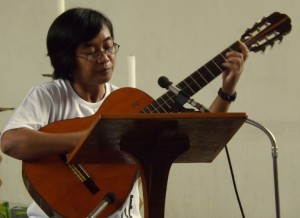 My daughter and I were survivors of the super typhoon Yolanda who opted to take a temporary refuge in Metro Manila.  We were in our rented house in Tacloban City on the 8th day of November, 2013 at 6 o’clock in the morning when we witnessed how the strong storm tore down our roof and ceiling.  This left us trapped inside the house when the first floor became flooded.  We went on the second floor hoping that we will be safe but the ceiling fell down.  We decided to just stay in the corner of our room.  There, we prayed, appealing to God to spare us from danger and committing our lives unto His divine will on that extremely life threatening situation.  We cried and hugged each other and we made a vow not to ever let go no matter what would happen.  An hour later, our neighbour rescued us and brought us to their house.  That was only when we felt a bit of relief from fear.

On the day after the typhoon, we went to Bethany Hospital for a check-up. I already had fever for four days before the typhoon and on that day, rashes were coming out already on my body.  But I was saddened when everywhere else, houses and other structures are flattened and more devastated than ours.  The city was awash with floodwater and dead bodies covered with mud littered the streets. I was crying while walking and I couldn’t believe that the typhoon took many lives, properties and the source of living of the people.  I felt even more distressed when I reached Bethany Hospital and saw that it was no longer functional, was greatly damaged, no medicines available and no doctors to attend to the patients’ needs.

On the third day and onwards, before I decided to leave Tacloban, I became more desperate because of the scarcity of food and water.  In our six days stay in the city after the typhoon, we have never received even a single grain of rice from the government despite of its pronouncements that they are already prepared to respond to the calamity stricken areas.  What we got were just the canned good shared to us by our neighbours which they took from the grocery stores in the downtown area.  Day after day, I became weaker and weaker as I experienced the aftermath of the tragedy.  I was thinking then that yes, we had survived the storm surge, but we might die of hunger and sickness, not to mention that other basic social services are no longer available.  This is apparent by the number of survivors who died because of hunger and illness and with the failure of the government to respond to these needs.

My feelings regarding the futility of relying on government assistance became stronger when we arrived in Manila.  Out of desperation, my daughter and I went to the Department of Social Welfare and Development in Manila together with the other families from Leyte to ask for relief assistance as we knew that they were storing relief packs in their office.  Instead of giving us food packs, the personnel treated us meanly and told us that we will just be an addition to the number of people who are living on the streets of Manila.  We were also told that since we were not in the list of those who took the C130 flights, we will not be given relief packs.  It was only after a Pastor vouched for our identities as legitimate survivors of Yolanda, that they were compelled to release relief packs to us.

Facts show that Eastern Visayas is one of the poorest regions in the Philippines despite its richness in natural resources.  For a long time, these resources have been monopolized and abused by the foreign corporations, landlords and government officials who have used public coffers to enrich themselves.  With this sad reality, the people of Sinirangan Bisayas (Waray for Eastern Visayas), with or without natural and human made disasters will always be victims of the unjust system that pervades in our society.  The ineptness of the government to respond to the immediate needs of the people in the affected areas only proves that this present dispensation has no sincere intention and political will to uplift the condition of the suffering people in our country.  Had it not been for the help of the non-government organizations, progressive organizations, church people and foreign humanitarian agencies, the people would desperately wait for nothing from this inutile government.

With all these depressing situations, I am reminded by the Christmas text message sent to me by my former seminary professor which says, “In the midst of calamities we need to affirm the message and the reason for Christmas.  God has decided to be with us and give us hope in the midst of despair and hopelessness.  God has come through Jesus Christ to be in solidarity with the suffering people and this is our Good news.”  Indeed, the Word who became flesh and dwelt among us has given us enough reason to rise and be a blessing to those who are in need and a source of hope to those who are in despair.  However, this does not relieve the government from its accountability to the people whom the president calls as his boss.  I personally shout for justice for all the survivors of Yolanda who become victims of this apathetic government.

Until now, the call for help is still within our midst.  May we be ready to say, here we are, send us.

This reflection was written by Rev. Irma M. Balaba, a pastor of the United Church of Christ in the Philippines and was read during the celebration of “Church Women Rising”, the church counterpart of the One Billion Rising Campaign on February 6, 2014.

Justice Is Being Sold At The Gates