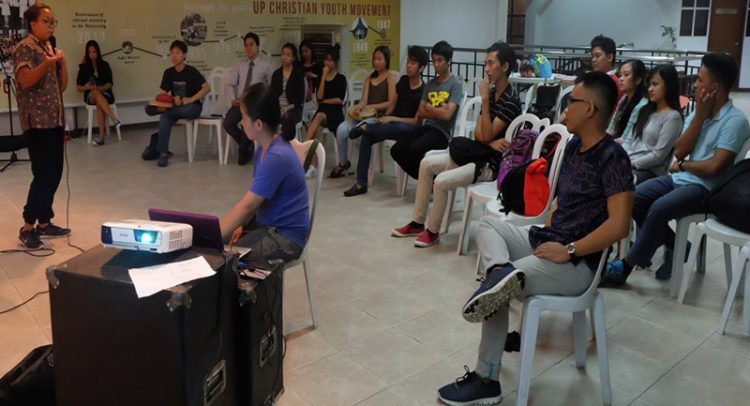 “Youth cafes provide a space for a meaningful discussion on pressing and current issues and widen the ecumenical perspective and awareness of the youth,” said Ms. Benny Mendoza, Youth Desk Coordinator of NCCP.

Migration issues around Asia particularly on the real and difficult lives of migrant workers were the main focus in May 2016.

Spearheaded by the KKKP, NCCP and the International Movement of Catholic Students – Asia Pacific (IMCS-AP), “A Youth Café on the Stories Within and Outside Borders: Migration in Asia” gathered ecumenical youth at the Gumersindo Garcia Hall of the NCCP Ecumenical Ministry – Church of the Risen Lord at the University of the Philippines Diliman, Quezon City.

Ms. Tatcee Macabuag of Migrant Forum in Asia (MFA), Mr. Gary Martinez of Migrante International,and Ms. Maria Sarno, a former OFW in Dubai shared the various issues and real experiences while working abroad. Teatro Ekyumenikal performed an excerpt of their play “Maleta, Kahon at Karatula” which tackled the issues and hardships of our Filipino migrant workers.

“It was an enlightening activity for the ecumenical youth hearing stories, testimonials and situations of the migrant workers in Asia,” Mendoza said.