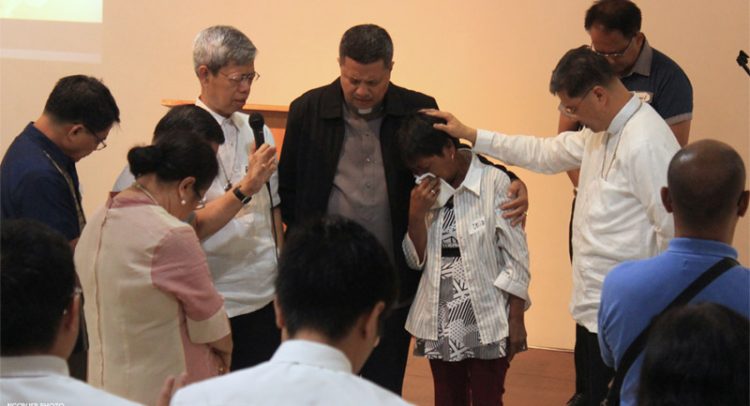 According to the United Nations, human trafficking is a global problem with an estimated 21 million people moved around for forced labor and sexual exploitation. It is big business worth more than 32 Billion US Dollars annually. It is also a Philippine problem with people being trafficked within the country and across borders to other countries. It is a problem that is driven by poverty that makes people vulnerable to this kind of exploitation and by those who are ruthless and see people as commodities simply to be traded.

The recent Trafficking in Persons Report (TIP) of the US State Department which has raised the Philippines rating to Tier 1 (the highest compliance level for a government on anti trafficking measures) is highly misleading. While it is true that the Philippine government has taken measures to try and address human trafficking, especially the trafficking of minors for sexual exploitation, much more needs to be done to address other forms of trafficking, particularly trafficking of people into forced labor. There is much to be done also in prosecuting high level traffickers.

It is significant that the Philippine government has introduced measures to address human trafficking. We note the successful prosecution of those engaged in cybersex. However, there are many areas of human trafficking that remain unaddressed. There are Filipino overseas workers who frequently fall prey to traffickers, either during the recruitment process or once they find themselves in a foreign country. There are Filipino fishermen who are recruited into unregistered fishing vessels who often find themselves subject to violent exploitation and abandoned on foreign shores.

We continue to advocate for the release of Mary Jane Veloso whose execution was stayed, pending the outcome of a legal case against her alleged traffickers. Mary Jane is the personification of many victims of human trafficking. Poverty and joblessness make them vulnerable to the deceptions and manipulations of human traffickers. The slow grind of legal procedures adds more suffering.

The imperative that compels us as Churches to stand against human trafficking is found in the creation story. Every person bears the inherent gift of the likeness of God. The essential reality of our human dignity is that our dignity is God given and cannot be taken away – not by any one; any government, or any public or private entity, however the full realization of human dignity can be denied by the injustice of others and systems of exploitation.1

We affirm the recent commitment of President Duterte to vigorously address human trafficking and pursue those who engage in this inhumane trade. We appreciate the progress being done. We note too the pronouncements of the new Government to address corruption, migrant concerns and joblessness. We appreciate the commitment of the President to generate employment within the country so that Filipinos will not have to go abroad.

We continue to encourage our churches, associate organizations and member congregations to become safe places for the healing of survivors, to take active role in educating our members and constituents, and to provide forums and venues where survivors can share their stories of hopes and struggles.2

More than ever, the signs of the time is daring us to show our acts of compassion, coupled with our acts of justice to all vulnerable of human trafficking.

Download in PDF:In compassion and justice, unshackle the enslaved