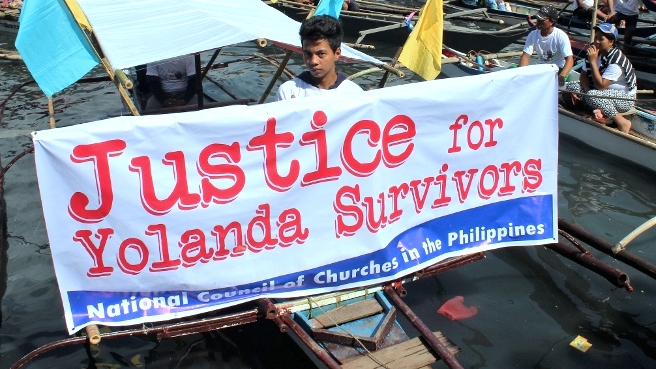 Yolanda survivors aboard 75 boats from the fishing villages of Leyte and Samar held a fluvial parade from Basey, Samar across the San Pedro Bay to Tacloban City to dramatize their call to the Duterte government for justice to survivors of the Yolanda tragedy. Their demands include proper rehabilitation, the provision of livelihood, and other forms of reparations, and reiterated the need to address the roots of vulnerability of their communities especially to climate induced disasters.

Rev. Rex RB. Reyes, Jr. General Secretary of the National Council of Churches in the Philippines (NCCP), said that “the survivors of Yolanda are strong people, they have struggled to rise up amidst diversity, despite in many cases being abandoned by government. The people’s claim to assistance is not a pleading for charity, but a cry that their basic right to assistance be recognized. We call on the Duterte administration to honor the promises of assistance that the past administration extended to the people and to make sure that these commitments are fulfilled”.”

Bearing placards with the messages: “Justice for Yolanda Victims”, “Climate Justice Now!”, the parade of boats, that were mostly provided by NCCP-ACT Alliance*, started at 5:30 in the morning and made their way to Tacloban City. Upon arrival at Baluan Boulevard, they were joined by Bishops, Priests, Pastors and church workers from the member churches of the NCCP and representatives of NCCP’s partners for an ecumenical worship service to mark the third year of Typhoon Yolanda, the strongest typhoon to ever make landfall that has devastated many parts of Visayas. 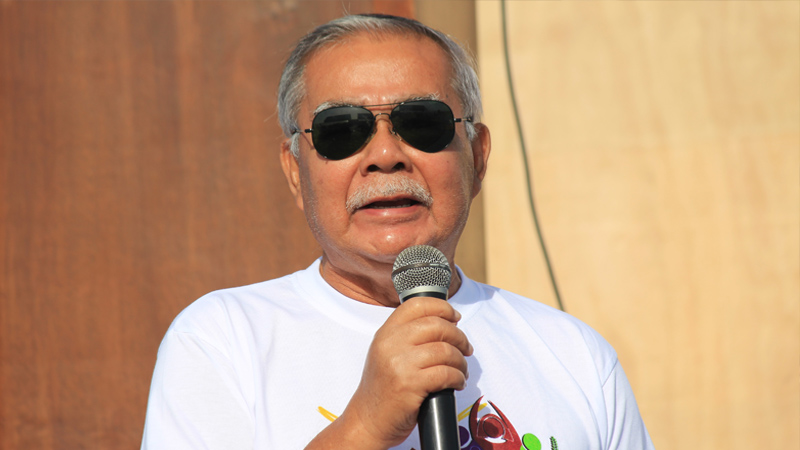 On hand to give their messages of solidarity include Mr. Rey Natividad, NCCP Corporate Treasurer, who stressed that “the churches’ response for relief and rehabilitation is a form of accompaniment and solidarity for the people to rise up for their dignity and rights.” 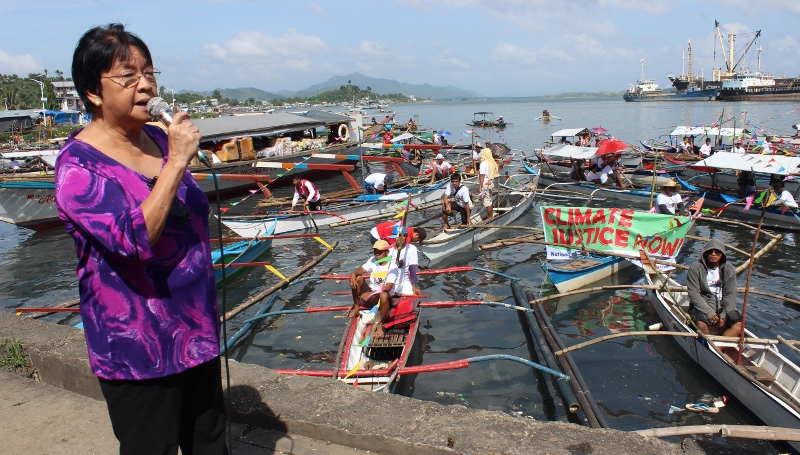 DSWD Sec. Judy Taguiwalo, who graced the conference, shared that her Department will formulate an appropriate response to the demands of the people. The ecumenical worship service was followed by a solidarity breakfast.

The fluvial parade and “salubong” is part of the “NCCP Conference on Typhoon Yolanda Response: Rising Up for an Abundant Life” (John10:10), a gathering of NCCP member churches, associate members, ecumenical partners, and members of the affected communities from November 7-9 which is being held at CAWAKSI Retreat Center in Tacloban City. The NCCP’s response, along with its national and international partners have reached 107 barangays and 18 municipalities covering 7 provinces with over a million Yolanda survivors in the past three years.

*ACT Alliance is a global alliance of Christian churches and related organizations in over 140 countries. ACT Alliance works together for positive and sustainable change in the lives of people affected by poverty and injustice through coordinated and effective humanitarian, development and advocacy work.