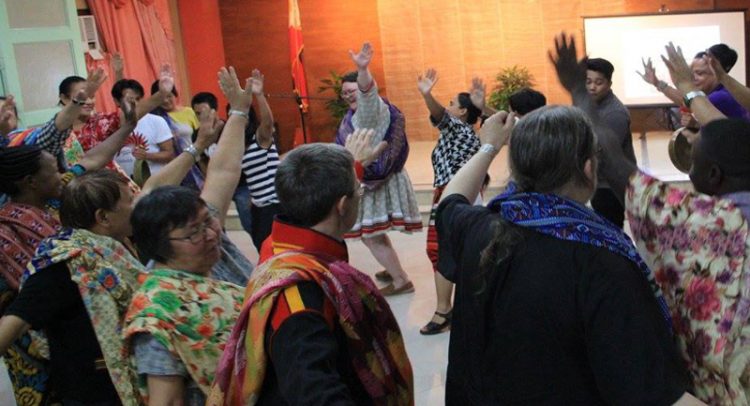 STATEMENT ON MARTIAL LAW IN MINDANAO

Coming from the Meeting of the Ecumenical Indigenous Peoples’ Network Reference Group May 31, 2017 | Manila, Philippines

We condemn the declaration of a state of martial law in the whole of Mindanao by the Philippine President Rodrigo Duterte’s in response to the alleged terrorist attacks by the Islamic State-linked Maute Group and Abu Sayyaf in Marawi City. Current reports show that state security forces are intensifying its military operations in the whole island of Mindanao especially in Marawi City through indiscriminate aerial bombings, ground confrontations and clearing operations.

We equally express alarm that Martial Law in Mindanao further heightens current military abuses and excesses against the Indigenous Peoples there who are defending their lands against extractives, energy projects and plantations, and militarization of their communities.

Initial reports show that these attacks resulted to extensive damages to public and private property including church institutions, with lay and clergy trapped amid armed clashes, death and wounding of civilians. Local officials in the Autonomous Region of Muslim Mindanao (ARMM) reported “90% of the more than 200,000 residents of Marawi City have evacuated to neutral grounds for fear of the gunfights between government troops and combined Maute and Abu Sayyaf terrorists.”

As representatives of the Indigenous Peoples organizations and Churches from different regions of the world, our prayers and solidarity are with the Filipino people in these challenging times. Grounded on the imperatives of our faith to uphold peace based on respect of human rights:

1. We fervently urge President Rodrigo Duterte to heed the call of its citizens especially those in Mindanao and lift his Declaration of a state of martial law in the whole island, and consequently order a stop of military operations in Mindanao especially in Marawi City to allow a process of healing, reconciliation, and reconstruction for affected communities.

2. We call on the President to find ways, which shall not imperil the lives of civilians but rather address widespread poverty, landlessness, and unemployment, corruption in government, discrimination and repression that breedsocial unrest, conflict and violence not only in Mindanao but also in the entire country.

3. We support the peace talks between the Government of the Republic Philippines (GRP) and the National Democratic Front of the Philippines (NDFP) as a way of finding solutions to the root causes of social unrest, conflict, and violence in the country, giving appropriate attention to the plight and rights of Indigenous Peoples, and urge the GRP to go back to the negotiating table.

As we affirm our support and solidarity to the Indigenous Peoples in the Philippines, we also appeal to the ecumenical community around the globe to act in unity with the Filipinos in their quest for a just and lasting peace.

Surge of talent at ‘Timpuyog 1’