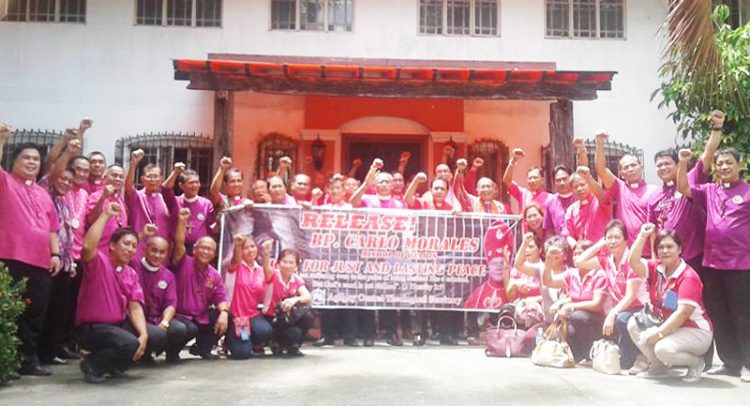 “The thief only come to steal, kill and destroy. But I have come that you may have life and have it abundantly” (John 10:10).

We, The Supreme Council of Bishops (SCB) of the Iglesia Filipina Independiente (IFI), during our regular meeting and Study Conference at the Aglipay Central Theological Seminary (ACTS), Nancamaliran West, Urdaneta City, Pangasinan, on September 11-15, 2017, pondering seriously on the present situation and the social issues confronting our people, have come to a unity to and in one voice condemn the imposition of Martial Law in Mindanao.

We declare that: As Shepherds of God’s people, we solemnly uphold the sacredness of the God-given life and the inviolable right of everyone to live a life in all its fullness in a safe and peaceful community. We rejoice on the fact that the Philippines is one of the signatories of the Universal Declaration of Human Rights of the United Nation. However, we are alarmed and very much distressed of the blatant realities we are experiencing in our country at present that negate the sacredness of life and defy the inviolable human rights of the powerless citizenry.

The election of Mayor Rodrigo Duterte to presidency was indeed the people’s visible expression of putting on their full trust and confidence on a person believed to be an agent of reforms in the style of governance espoused by the traditional politician.

But in the first year of governance of President Duterte and the two other branches of government, the Legislative and Judicial, gradually unveiled their true identities with the old oligarchs and their leanings to protect their own interest. This is made clear and glaring as shown in the outright rejection of the appointment of the pro-people and pro-protection of environment appointees such as Gina Lopez, Judy Taguiwalo and Rafael Mariano by the Commission on Appointments. More and more people, who are losing hope for a better future, are showing their discontentment on the present situation by staging rallies and demonstration, but they are being silenced by harassment, imprisonment and even liquidation by the military and the PNP.

We condemn the re-imposition of Martial Law in any part of the country for whatever reason there may be. The government has tried hard to deodorize the imposition of Martial Law by citing the presence of lawless elements and the ISIS who are backing up the rebellion mounted by the Maute group. However factual is the military report, these are not ligitimate reasons for the imposition. The rebellion of the Maute is an isolated case and does not warrant the necessity of the imposition of Martial Law. It only vests the military the abusive power to harass, torture, imprison, perpetuate warrantless arrest and liquidate even innocent civilians with trumped-up evidences. It also legalizes state repressions. Many civilians are already victims of their sinister exploits. The residents of Mindanao and particularly the Women from Marawi are questioning the legality of the declaration of Martial Law in Mindanao (the Proclamation 216 of the President of the Republic of the Philippines Rodrigo Duterte) on May 23, 2017 and we are supporting their move.

We outrightly disdain the decision of the Supreme Court that legalized the imposition of Martial Law in Mindanao. The judiciary supposedly “is the final bulwark of liberty. It protects the poor and the weak against oppression by the wealthy and influential. It protects the right to life, property and the pursuit of happiness against the tyranny of violence, or abusive power, or unscrupulous ambitions”. Their decision runs counter to their reason for being and only shows that the Judiciary has lent itself as a stamping pad of the President in legitimizing his actions. We are calling the Supreme Court to review its decision and make null and void the Proclamation No. 216 due to the absence of factual bases.

We call on President Rodrigo Duterte to put an end to Martial Law as soon as possible to bring normalcy to the life situation of the people of Mindanao.

1. The continuous aerial bombings of Marawi City which resulted to force evacuations and total destructions of their homes and properties;

2. The continuous harassments and militarization which has caused community displacements of Lumad people particularly in the different parts of Mindanao;

3. The terrorism attack that victimizes the weak and the underprivileged.

We are calling also on all IFI members and the whole Filipino people to be vigilant on the abusive actions of the state authorities, especially the military forces taking advantage of the powers vested on them by the Martial Law.