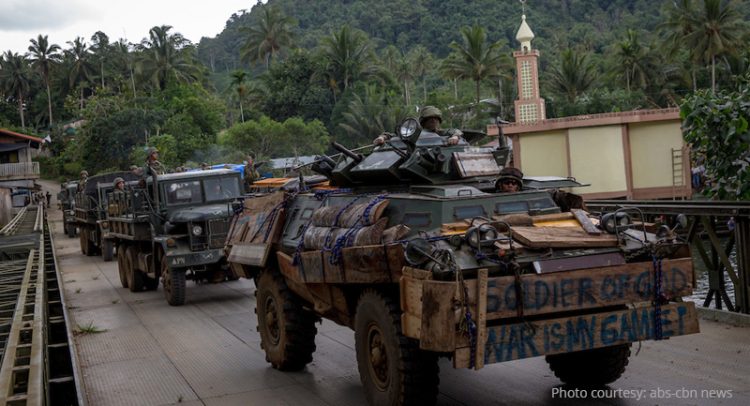 A year ago, the National Council of Churches in the Philippines have expressed “grave concern over the undue haste in declaring Martial Law on the whole of Mindanao”. We stated that “placing the entire island under Martial Law only sends a chilling effect on the general populace” and that it will “make matters worse” making “civilians more vulnerable” to human rights violations. The rampant human rights violations on the island in the span of one year under Martial Law proved us prescient. Thus, the NCCP joins the continuing call to end martial law in Mindanao.

On May 23, 2017, in Marawi City, the martial rule was declared in response to the violent clashes between state forces and the Maute group, which has alleged ties to ISIS. The rule was later extended until December 2018. Still, the declaration offered no restitution but continues to make a travesty of the dignity of the people in Mindanao, especially to the lives of our National Minorities, the Lumad and the Moros. We are deeply concerned over the thousands of cases of civil and political rights violations as reported[1], and the probability of more HR violations if the martial rule continues.

The Church’s prophetic resolve to stand for justice and peace should not and must not be broken. The NCCP asserts that to violate the rights of the people is to tarnish the image of God in them.

The groundswell of discontent and the call to stop militarizing communities could not only be heard from Mindanao, but from the whole country as well. The ongoing Oplan Kapayapaan and crackdown against human rights defenders, activists, and allies of the poor, including church workers, nationwide has pushed our fractured country to further suffering.

We are deeply troubled by the pattern that is emerging, reminiscent of the dark days of dictatorial rule in the past. Therefore, let us be vigilant and set to take action against impunity. “We should not be sleeping like the others, we should be awake and sober” (1 Thessalonians 5:6).

We categorically and unequivocally call for the end of martial law in Mindanao, and urge the Duterte administration to listen to the legitimate calls of our Maranao sisters and brothers for the genuine rehabilitation of Marawi City. We implore the President to stop human rights violations perpetrated by state security forces in Mindanao and the entire Philippines.

Sister Pat should stay with the Filipino people

Our commitment to serve the people