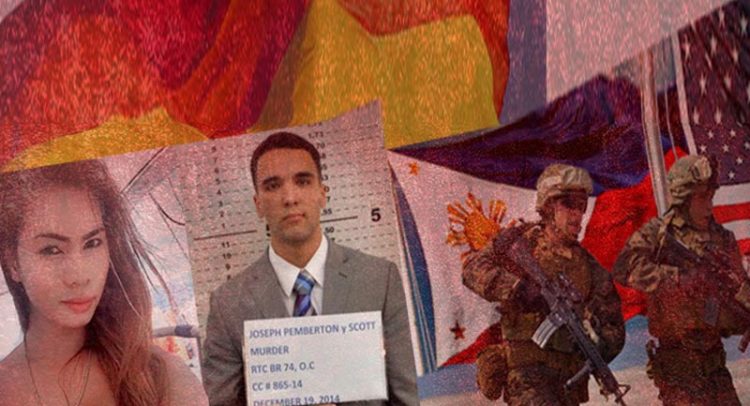 Quezon City, Philippines – “The granting of absolute pardon to US Marine Joseph Scott Pemberton has shown how little the President values the life of a transgender and a Filipino. The fact that the victim of Pemberton is a Filipino shows how little regard is placed on our sovereignty,” said Bishop Reuel Norman O. Marigza, General Secretary of the National Council of Churches in the Philippines (NCCP). This came after President Duterte granted an absolute pardon to Pemberton, who was found guilty of killing the transgender Filipina Jennifer Laude in 2014.

The NCCP leader condemned this untimely and unjust act. Bp. Marigza pointed out that  Pemberton was granted special treatment while serving his sentence, a treatment not accorded to ordinary Filipino convicts.  This should have been enough basis for not to set him free during his supposed incarceration. “It is like they killed Jennifer again and deeply wounded her family and loved ones anew. It also belittles the rights and dignity of our LGBT community that are pushing for justice and equality and our sovereignty as a nation,” Bishop Marigza stated. “The absolute pardon to Pemberton is an injustice not only to Jennifer Laude and her family but to all Filipinos,” the General Secretary added.

Pemberton was convicted of homicide in December 2015 by the Olongapo City Regional Trial Court with a sentence of 10 years, 1 month and 10 days imprisonment. The homicide conviction was considered by many as a light sentence given the violent circumstance of Laude’s death. Thus, the order of release by the same court for Pemberton allegedly due to Good Conduct Time Allowance (GCTA) was quite surprising to say the least. The GCTA law earned a lot of flak recently when convicted rapist murderer Antonio Sanchez was almost released because of it. But while the lawyers of Laude were preparing for their appeal against the release order, President Duterte granted an absolute pardon to Pemberton.

The Protestant Bishop also underscored this decision as “an act of double-standard,” amid the calls of rights groups to release low-risk, sick, and elderly prisoners, including those who were wrongfully imprisoned because of their political beliefs, as a humanitarian act to the pandemic.

“If the president can grant absolute pardon to murderers like Pemberton who has not shown any remorse for his deed, then surely he can also free prisoners of conscience whose ‘crimes’, if they can be called that, are for defending the rights of the poor and marginalized.”

NCCP General Secretary continued that Pemberton’s controversial pardon is an issue of sovereignty. He reiterated the NCCP’s opposition to the Visiting Forces Agreement (VFA) and Enhanced Defense Cooperation Agreement (EDCA), and the entire US military presence in the country.

“It is saddening how truth and justice are sacrificed as the President submitted our national sovereignty to the US. Jennifer’s death is a glaring image of how the US military presence exacerbates the vulnerabilities of women, children, and LGBT in their own communities. As long as they are here, our country won’t be a safe space for the Filipinos,” Bishop Marigza stated. “Let us continue to mourn for the injustice to Jennifer but let us also work for justice, peace and the rule of law,” Bishop Marigza concluded.#