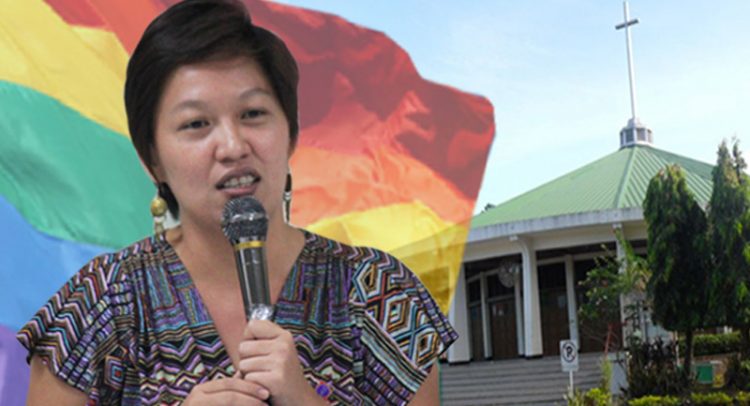 Geneva, Switzerland- on the 20th meeting of the 45th United Nations Human Rights Council, on Sept 25, 2020, Pastor Kakay Pamaran of the Union Theological Seminary (UTS) delivered a statement sponsored by the Global Interfaith Network- for People of all Sexes, Sexual Orientation, Gender Identities and Expression (GIN-SOGIE) on the defense of the rights of the Indigenous Peoples in the Philippines.

“In spite of the Indigenous Peoples’ Rights Act of 1997, the unimaginable violence committed against the Lumad of Mindanao and other indigenous communities in the Philippines continues unabated” Pastor Kakay Pamaran said.

The UTS has a robust ministry with the Indigenous Peoples and, two years ago, this seminary provided sanctuary to over a hundred Indigenous People fleeing militarization in their communities and ancestral lands in the Philippines. “They (IPs) came to the capital in the hopes of bringing to the fore the violence committed against them”, Pamaran added.

The statement mentioned the current political climate in the Philippines that undermines and demonizes the struggle of the Indigenous Peoples. Pamaran also stated the situation of those church workers, Bishops, Pastors and lay leaders who continues to be vilified, red-tagged and killed for their humanitarian work and ministries, who are merely doing God’s mandate of service to the poor, oppressed and neglected members of our society.

“The ecumenical movement will continue to exhaust all possible efforts to support indigenous peoples and their culture, spiritualities, rituals, and faith traditions—ensuring their right to self-determination and their traditional ways of knowing and being. This, for many of us, is an act of faith to the God who is known by many names and an act of repentance for the many historical atrocities committed against them.” Pamaran averred.

In conclusion, the statement calls for the members of the Human Rights Council to hold the Philippine Government accountable for the crimes committed against the indigenous peoples and those who stand in solidarity with them.

The Union Theological Seminary is a staunch partner of the NCCP in human rights work. The NCCP is the largest aggrupation of mainline Protestant and non-Roman Catholic churches in the Philippines.