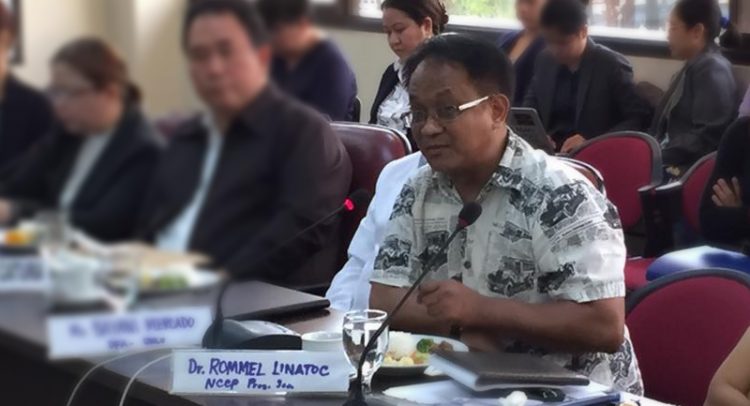 The National Council of Churches in the Philippines (NCCP) supports House Bill No. 1617 Or An Act Defining Certain Rights Of Human Rights Defenders And Providing Penalties For Violations Thereof In Implementation Of The 1998 U.N. Declaration On The Rights And Responsibility Of Individuals, Groups, And Organs Of Society To Promote And Protect Universally-Recognized Human Rights Or Otherwise Known As The UN Declaration On Human Rights Defenders. It is long overdue. The Bill is designed to protect human rights defenders against any form of state violence or harassment that maybe inflicted upon them. It builds on the preamble of the Universal Declaration of Human Rights (UDHR), which states among others that, the “recognition of the inherent dignity and of the equal and inalienable rights of all members of the human family is the foundation of freedom, justice and peace in the world.”

From a faith perspective the community of nations subscribed to Scriptures when they adopted the UDHR in 1948, i.e. the inherent dignity and inalienable rights of every person. In Genesis 1:26-27—humans are created in God’s image. When rights are denied and violated, the divine image within the human person is violated and the dignity that it confers diminished.

The 8th General Convention of the NCCP in November, 1997 declared that being God’s image, the life and human dignity of every persons are gifts from God to be protected, “not to be distorted, defaced and shattered.

Given that human rights are humanity’s gift to itself”1 the human rights laws of the land and international instruments are forged by the peoples’ experience and tested upon the crucible of their struggle to make that gift real. We seek to model our defense of human rights to our Lord Jesus Christ who was persecuted to death and rose again for standing up for others. The path taken by human rights defenders who tirelessly work to be a mouthpiece for the oppressed and vulnerable is no different.

The defense of human rights is part of our Christian vocation and ministry. Through the years, the NCCP has persevered in exercising prophetic voice to advocate in the national and international arena the need to uphold human rights in the country. Biblical studies, prayer sessions, liturgical celebrations, statements, educational exercises and mobilization accompanied this lobbying. We draw inspiration from the example of former NCCP General Secretary, Bishop La Verne D. Mercado who remained undaunted following his illegal arrest and subsequent release during the early years of martial law.

The dangers faced by human rights defenders in the Philippines are a source of concern. Even the United Nations Human Rights Council through the Universal Periodic Review has noticed. From 2001 to the present , human rights violations are committed against human rights defenders with utter impunity. Many are farmers, indigenous peoples and environmental activists who have stood up against the encroachment of mostly environmentally destructive projects in their communities. Church people including lay members who have been actively working in various human rights advocacy programs have also become targets of personal vilification, threats and various forms of violations.

The culture of impunity persist in our country because those who engage in extrajudicial killings, forced disappearances, torture and other grave human rights abuses are neither investigated nor brought before the bar of legal justice. Worse, some of the accused are promoted. None of the extrajudicial killings that occurred under past administrations have been addressed, despite promises. Rather, we have witnessed continued incidents of gross human rights violations and a perpetuation of this culture of impunity.

We sincerely thank the authors and sponsors of this Bill and pray for its early enactment.

1Rev. Liberato C. Bautista, Assistant General Secretary for the United Nations and  International Affairs of the General Board of Church and Society (GBCS) of the United Methodist Church.
NCCP supports House Bill No. 1617