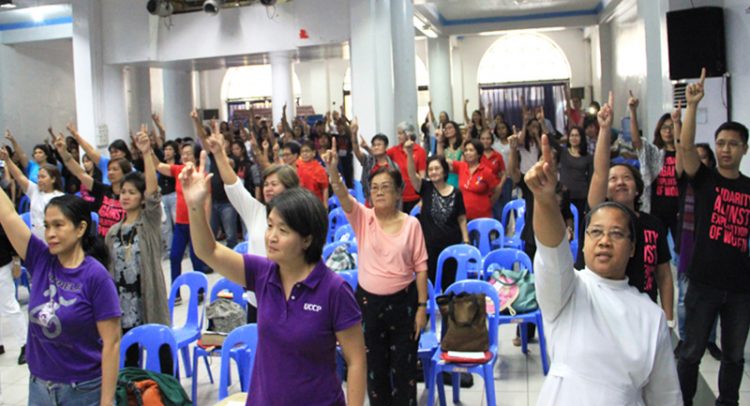 With the theme Unite for Justice and Peace, Resist Tyranny! Rise Against Creeping Dictatorship!, the Ecumenical Women’s Forum commemorated International Women’s Day 2018 through a liturgical gathering at the Philippine Christian University Auditorium in Manila, where dancing, singing, reading of poems, and sharing of stories by a fellowship of church women and partner organizations. The community discussed the heroism and the martyrdom of the women who defied and broke the law of oppression and exploitation, while distinguished women activists spoke about the past and present struggles faced by Filipino women. 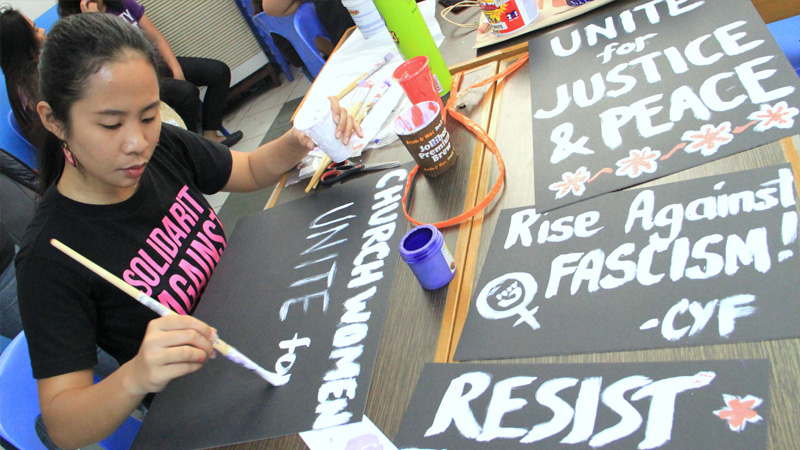 “Indeed, never have women been subjected to such unpardonable insults and misogynist attacks in public discourse as those under the present administration,” said Ms. Carmencita Karagdag, of the Ecumenical Women’s Forum. “Duterte’s barefaced misogyny knows no bounds.”

Sister Mary John Mananzan of the Association of Major Religious Superiors in the Philippines for her part questioned motives of the proponent of Charter Change and said that it must be opposed “if you will read the content of what they want to change you will wonder do these people love their country? Why? What they want to change is our economic protectionism against foreign ownership.” 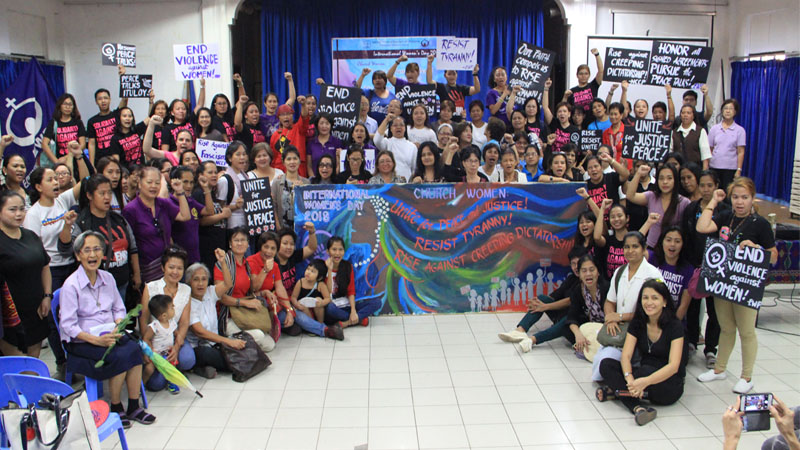 The activity ended with the reading of the statement, “As we commemorate International Women’s Day, we church women in the Ecumenical Women’s Forum are challenged to raise our collective voice against male chauvinism and misogyny and against government’s economic policies that will intensify poverty under the current macho dispensation of President Duterte.”

Protect women and children in disasters!