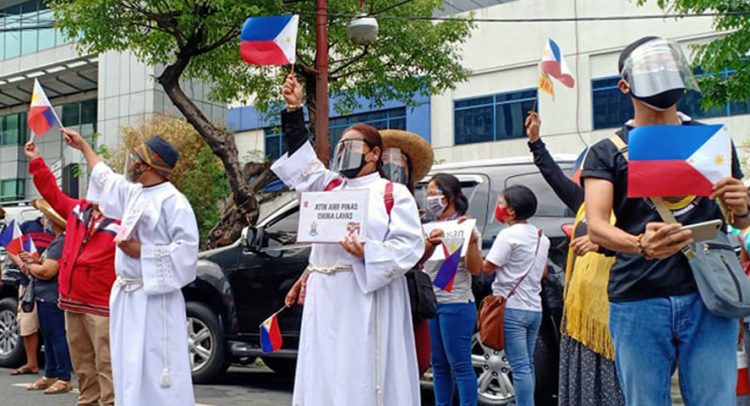 Let us Continue to Work for Genuine Democracy and Independence

“For freedom Christ has set us free. Stand firm, then, and do not be subject again to the yoke of slavery”. – Galatians 5:1, ESV

On the 123rd proclamation of the Philippine Independence, the National Council of Churches in the Philippines (NCCP) joins the Filipino people in commemorating the occasion and continuation of the struggle for genuine freedom and autonomy. We pay tribute to those who fought and sacrificed their lives for our independence and those who are persistently standing up to protect our sovereignty and national interests. We draw inspiration and we honor them through the Council’s unwavering ministry in protecting our national patrimony and God’s creation.

The unparalleled challenges brought about by the COVID-19 pandemic, exacerbated by the mis-prioritized response by the Government, should propel us to unite and continue to defend our sovereignty and dignity as Filipinos. We remain keen and vigilant against attempts to undermine our national interests such as the continuing incursions of China in the West Philippine Sea. We are also alarmed over the passage of legislation proposing to allow full-ownership of public utilities by foreign entities or Senate Bill 2094, as well as, the economic charter change through Resolution No. 2 of Both Houses which aims to lift safeguards against the further influx of foreign capital. Filipinos will be accorded second class status in our own country especially in the areas of public utilities and critical infrastructures which will no longer be within the ambit of constitutional protection.

Amidst the overwhelming crisis, we are currently facing, democracy is continuously undermined as human rights violations worsen. The recent events of abuses by uniformed officials, some of which are fatal, and the attacks against civil society contributes to the further shrinking of civic and democratic spaces. The recent raids, resulting in illegal arrests and execution-style killings of activists and critics of the government, is reminiscent of our darkest years under the dictatorship; a period in our history which must never be repeated. It is our fervent hope that those who had their freedoms taken away from them – Pastor Dan Balucio of the United Church of Christ in the Philippines, and all the political prisoners under this current regime, achieve justice through the immediate dropping of fabricated charges against them.

We call on our member churches, and the public to work for true independence and liberation of the Filipino people; a Philippines that is free from poverty, exploitation, unpeace and foreign domination; a country where its people are free to express their legitimate demands and opinions without fear; a country where its resources are enjoyed by its people and not by big foreign businesses. Today, the NCCP enjoins everyone to forge our unity in upholding and defending our national interests and to continue the struggle for genuine democracy.

Climate Crisis is Here: We Must Face it!

NCCP to ICC: Continue to journey with victims in their quest for justice and accountability