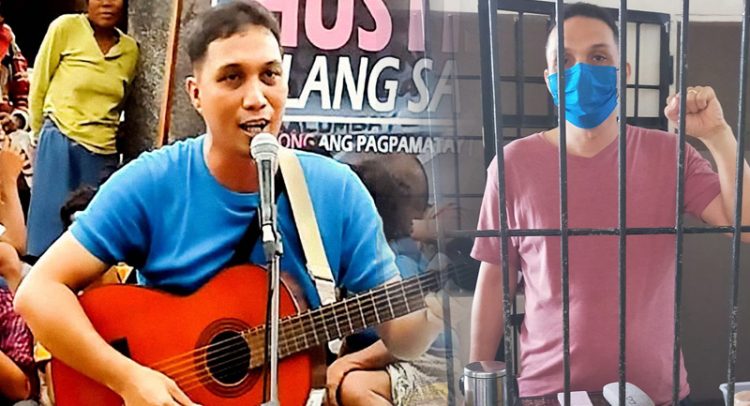 Quezon City, Philippines – the National Council of Churches in the Philippines (NCCP) joins its member church, the Iglesia Filipina Independiente, in its call to “Free Aldeem Yañez!”.

Bishop Reuel Norman Marigza, NCCP General Secretary expressed serious concern on the illegal arrest of Yañez in the early morning of April 10 by the Criminal Investigation and Detection Group (CIDG). He was allegedly seized with explosives, a gun and subversive materials, and was charged with illegal possession of firearms.

“Aldeem Yañes is a faithful member of the IFI who have truthfully embraced the church’s motto of God and Country – “Pro Deo et Patria”. In doing so, he did not just confine himself within his own church. But has shared himself generously to the ecumenical movement”, Bishop Marigza said. Yañez once served as NCCP Vice Chairperson for the Youth.

Yañez is a staff of the Visayas-Mindanao Regional Office for Development, the development program of the IFI.

“Yañez’ arrest follows the pattern of other activists and church people that were arrested, where firearms and ammunitions were allegedly found in their homes. This has not been a first time for Yañez to be persecuted, he had been subjected to vicious harassment from the military that led to his arrest in July 2018, with 12 other development workers collectively known as the “GenSan 13”. The NCCP reported his case before the UN Human Rights Council in 2019. We will reach out again to our international partners to advocate for his release,” Bishop Marigza stated.

“Yañez has been one of the many members of our church who is committed to attaining peace for the people, especially the Lumad in Mindanao. It is doubly sad that the arrest was done on a Palm Sunday, when a significant portion of our population are gearing for the celebration of the passion, death and resurrection of Jesus Christ. Knowing Aldeem, he was most probably preparing for his church’s Holy Week activities”, Bishop Marigza added.

“The NCCP is one in the call for the immediate release of Aldeem Yañez!”, Bishop Marigza concluded.