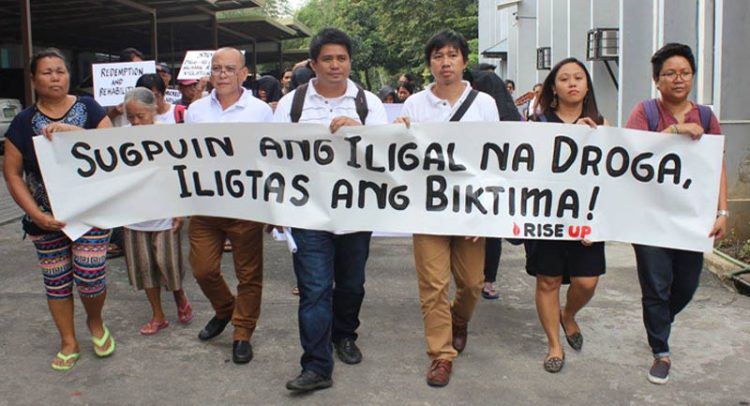 The National Council of Churches in the Philippines (NCCP), a fellowship of ten member churches and nine associate members, expresses its concern over the conduct of the campaign against illegal drugs.

While we recognize the buoyed hopes of the people under the new Government brought about by the commitment of the President to eradicate corruption, reform the bureaucracy, pursue peace talks and many others, the killings of alleged drug pushers must stop. We recognize how illegal drug use has wasted the lives of so many and threaten the lives of many more. Yet, we are gravely concerned that the continuing killings shake our confidence in the ability of the government to uphold basic human rights and legal processes which are hallmarks of our Constitution. At times, the President affirms these tenets. At times the President refers to them as obstacles.

We are pained at the wrong done to others as a result of the sale and use of illegal drugs. The campaign against illegal drug use is therefore a campaign for justice for the victims and a preventive measure as well. But justice cannot be meted out by engaging in more killings or the commission of other acts of injustice, be they done by so-called vigilantes or state security forces. The 1,160 of the 1,916 cases under investigation as of August 23, 2016 as reported by the Chief of the Philippine National Police are not simply statistics and certainly pale in comparison to those whose lives were wasted by the drug menace. But, we cannot go on with this impunity. One killing is one too many. While alleged drug lords and protectors have their day in court, many others suffered fatal end and their number is increasing. This creates more fearful and vengeful hearts.

We share the concern that illegal drug users or dependents should undergo rehabilitation. We commend the growing campaign to build facilities for those thousands of users rather than the campaign to make them surrender like combatants. We encourage our churches to make our prayers concrete by mobilizing our resources to help out in this task. Have we not spoken in those times and left no stones unturned when the life of one person was in peril?

The NCCP has consistently campaigned for the upholding of human rights in the pursuit of justice. Former Supreme Court Chief Justice Reynato S. Puno said, “. . . the process of justice . . . calls for the most daring and the best men and women. The quest for justice is a noble pursuit and those who embark on it are rewarded by priceless experiences and exceptional lessons together with the satisfaction an individual attains after helping people vindicate their rights.” The issues before us are indeed complex. Would that all things that subject us to misery be cast aside in the twinkling of an eye. But we know the road to better times cannot be attained by considering some as “collateral damage”. At all times, may our actions be tested by what Scripture teaches: “I desire mercy and not sacrifice.” (Matt. 12.7) By all means, let us journey together with the reform agenda of the President. Yes, to those but, No, to more killings.

May the God of Light pour upon us the wisdom to discern the way and truth as we seek the most just and righteous path for this country’s safety and prosperity. May God grant to our leaders the courage to stand for the vulnerable in the execution of justice so that life abundant may be a reality for all. Amen.