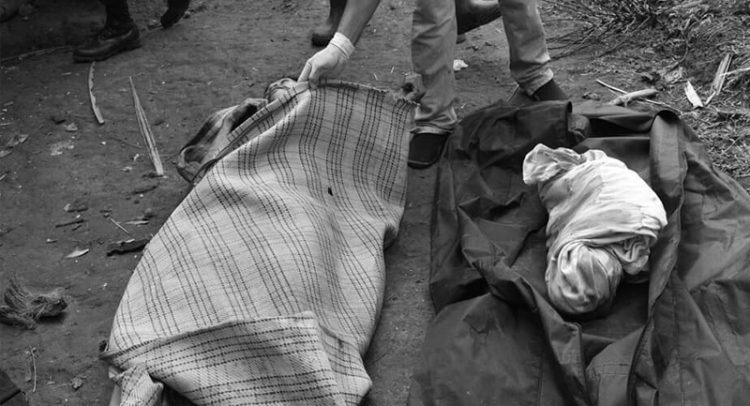 “Their feet run to evil, and they rush to shed innocent blood; their thoughts are thoughts of iniquity, desolation and destruction are in their highways. The way of peace they do not know, and there is no justice in their paths. Their roads they have made crooked; no one who walks in them knows peace.” (Isaiah 59:7-8)

The National Council of Churches in the Philippines (NCCP) joins in the mourning and the outrage of the families who have lost loved ones in Negros. In less than a week, 12 people were killed in the dead of the night. Under the present administration, there were already 87 civilians killed, including a one-year old baby. Families, and neighbors have been witnesses to these atrocities and many communities have been deeply traumatized.

The government has attributed the killings to the New People’s Army (NPA), which the group has already denied. What is evident though is that among those killed are well known critics of the current government – environmental and anti-mining advocates, peasant organizers and other human rights defenders, including well known human rights lawyers. It is also clear that propaganda materials were distributed, wrongly and maliciously tagging activists as members of the NPA.

This current outbreak of violence has occurred amidst increased military activity in the island, as part of “Oplan Sauron”, the government’s anti-insurgency campaign under the President’s Executive Order 32. The police and military involved in these operations have failed to adequately ensure that the life and rights of the civilian population are respected. We are also afraid that the current massive increase in the deployment of PNP and AFP personnel and even declaring Martial Law will quell the violence in Negros but will rather result in further deaths and more violations of the basic human rights of the people.

As a Christian Council, we commit ourselves to stand in solidarity with the victims of murder and harassment in Negros. We stand with them as they cry out for the killings and attacks to stop. We also commit to amplify their cries for justice so that their voices may be heard far and wide.

We join the call for a stop to these killings. We demand that those who have committed these killings be held accountable for the crimes committed. We also ask that the rights of citizens to speak and act freely in support of the poor and the marginalized is protected. We call on our international ecumenical partners to continue to be in solidarity with the Filipino people. We call on our member churches to continue to uphold the people of Negros in prayer and to cry out for justice and an end to violence in the country.

The NCCP has been a consistent advocate of peace, and again we call on the Government of the Philippines and the National Democratic Front of the Philippines to resume the peace negotiations to address the substantive issues that continue to divide our people and fan the flames of the armed conflict in our country.

Together as churches we commit to work for peace based on justice.

Download PDF: On the spate of killings in Negros

Promote Life, Not Death, in the Philippines