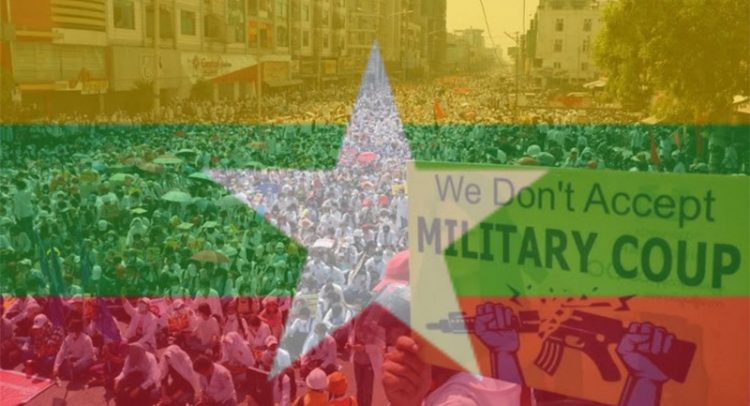 Quezon City, Philippines — The National Council of Churches in the Philippines (NCCP) expressed its utmost concern regarding “the abrupt return to military rule of Myanmar and the onslaught of arrests and killings of activists, leaders of organizations, and members of civil society in the country. “The NCCP joined the World Council of Churches and the Christian Conference of Asia in praying for “a swift and peaceful return to the path of democracy, and appeal for the human rights and freedoms—including the freedom of religion or belief—of all Myanmar’s people to be fully respected and protected” said the General Secretary of the NCCP, Bishop Reuel Norman Marigza. According to reports on March 12, at least 80 people have now been killed and hundreds injured since the coup as violence escalates against the growing throng of peaceful protesters.

“We mourn with you for those whose lives have been snuffed out due to the brutal curtailment and violation of the right to peaceably assemble. We honor the lives of student, activists, political officials, medical frontliners, and even religious leaders who brave the streets to reclaim Myanmar’s fragile democracy” the Bishop said.

The NCCP expressed its support to the citizens of Myanmar in their rightful protest demanding the restoration of democracy in their country. “As council of churches in the Philippines, we share this struggle for life and democracy with you. As violence and iron fists gloom over our countries, we join you, citizens of Myanmar, in your quest for justice, democracy and peace. Your fight is not only the fight for Myanmar, but also a struggle for democracy and freedom in Southeast Asia.” “We call to end of this senseless violence of the military perpetrated against its people. We demand for the military junta to be held accountable for all the lives lost. May the sanctity of life be respected as we hold the people of Myanmar in our prayers and in our hearts especially in throughout this Lenten season” Bishop Marigza concluded. The NCCP is the largest aggrupation of mainline Protestant and non-Roman Catholic churches in the Philippines.