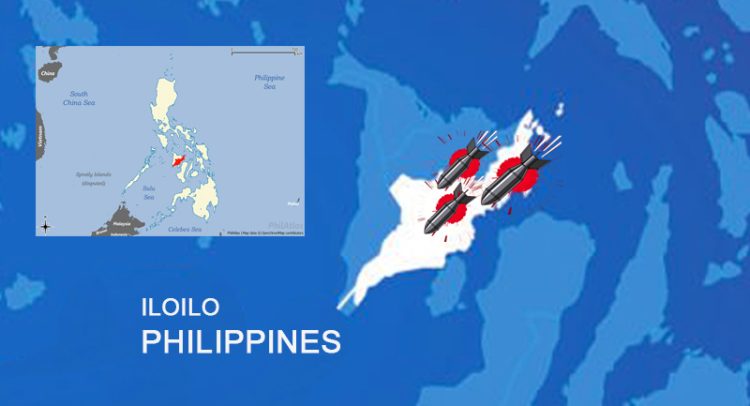 With harrowing reports of an intensive aerial bombing mission in Barangay Alimodias, Miag-ao, Iloilo that led to the death of at least eight persons, the Citizen’s Alliance for Just Peace—which includes the Philippine Ecumenical Peace Platform, Pilgrims for Peace, Sulong Peace, and Waging Peace—calls for sobriety and pause on the Duterte administration’s recent scorched-earth attacks.

The attack was reported to have occurred on the early morning of December 1, 2021 in a forested area between Miag-ao town, Iloilo and Antique province. The remains of seven persons were recovered, as well as severed body parts from an eighth individual. Two craters were left after the bombings: the larger one reportedly measuring 15 feet in depth and 20 feet in diameter.

These bombings are not an isolated incident. A 500-pound bomb was dropped in Las Navas, Northern Samar on October 26, 2021. Around this same time, a series of bombing operations were carried out in Bukidnon province after the killing of Jorge “Ka Oris” Madlos in late October. Bombings on October 30 and November 2, 2021 were purportedly part of the government’s effort to flush out or finish off the group of Madlos. However, by their very nature, aerial bombings result in extensive destruction and are likely to cause death or injury to civilians and destruction of civilian properties.

The recent bombings in Miag-ao, Iloilo raise concern as a possible violation of International Humanitarian Law (IHL), which prohibits the use of means of warfare that result in superfluous injury or unnecessary suffering. We thus call on the Commission on Human Rights to investigate the recent bombings, especially for violations of IHL.

As peace advocates, we urge peacebuilding in addressing the roots of armed conflict, rather than continuing these scorched-earth tactics in the government’s counter-insurgency campaign. The violence of these bombings not only destroys human lives, livelihoods, and the environment, but it also traumatizes those in surrounding communities.

Finally, as we move towards the National Elections in 2022, we appeal to every Filipino to consider the importance of peacemaking as you cast your ballots. We truly pray that the next administration will resume Peace Talks to arrive at a negotiated political settlement of the armed conflict, rather than continue the current approach of intensified violence, destruction, and violations of human rights and International Humanitarian Law.

Forty Years in the Wilderness: End Inequalities to End AIDS

In pursuit of human dignity and shalom: Statement on the human rights crisis in the Philippines