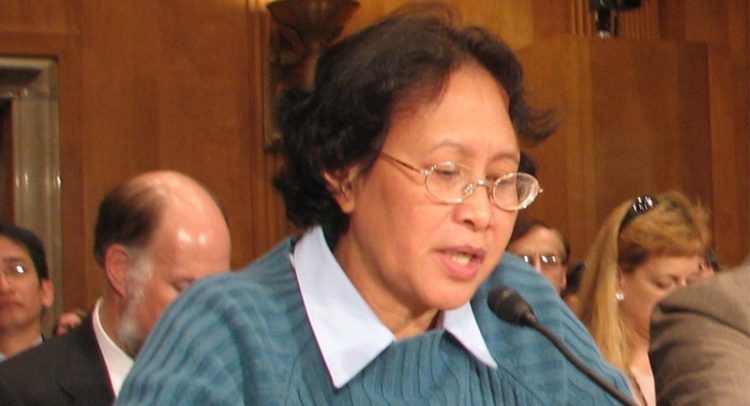 Marie Hilao-Enriquez always spoke truth to power, without fear, firmly and with deep candor. As Secretary General and later Chairperson of Karapatan, she always underscored the importance of bringing the voices of victims of human rights violations into the corridors of power to attain accountability and justice. She was the epitome of victims amplifying their voices. She was a victim of rights violations herself during Marcos Sr.’s Martial Law who survived. Her sister Liliosa, did not and now, is among the list of those killed during that dark period.

That strong resolve to attain justice for victims made Marie an integral part of a nine-member delegation of Protestant and Roman Catholic bishops and clergy, Christian and Muslim human rights defenders called the “Ecumenical Voice for Peace and Human Rights in the Philippines” in 2007. Aside from Marie, the delegation included Ms. Sharon Rose Joy Ruiz-Duremdes, former General Secretary of the National Council of Churches in the Philippines, the late great Fr. Joe Dizon and Atty. Edre Olalia of the National Union of People’s Lawyers (NUPL), to name a few.

The said delegation was responsible for bringing an ecumenical report on human rights called “Let the Stones Cry Out” to various government bodies and church groups in the US, Canada and the UN Human Rights Council in Switzerland. The highlight of that effort was the hearing before the Subcommittee on East Asian and Pacific Affairs of the US Senate’s Foreign Relations Committee, where Marie and Bp. Eleazer Pascua, former General Secretary of the United Church of Christ of the Philippines (UCCP), provided the testimonies and sounded the call to stop the killings in the Philippines.

When they returned from the trip, Fr. Joe and Marie suggested that a network for international advocacy based on the name of the delegation be formed. That was how the Ecumenical Voice for Human Rights and Peace in the Philippines or EcuVoice emerged. EcuVoice is an alliance of faith-based and rights-based organizations co-convened by the National Council of Churches in the Philippines, National Union of People’s Lawyers and Karapatan.

In 2008, Marie co-headed the first ever delegation of the Philippine UPR Watch to the UN Human Rights Council in Geneva, Switzerland. This was for the Universal Periodic Review, a process by which member-states review the human rights record of their peers. The Philippines was among the first ones to undergo the process. Marie helped counter the lies and the rosy picture of human rights that the Philippine government was projecting to the international community. Since then, she co-headed all the EcuVoice and UPR Watch delegations to Geneva until 2012.

Marie’s strong resolve to engage in active lobbying and advocacy work within the UN human rights mechanisms helped EcuVoice and many other organizations navigate this terrain and train many human rights defenders as well. Marie has carved her own niche in the continuing task of amplifying the voice of the Filipino people especially the victims of human rights violations in this country and before the international community.

Paalam Marie. May we and the generations to come draw inspiration from you in the continuing search for justice.