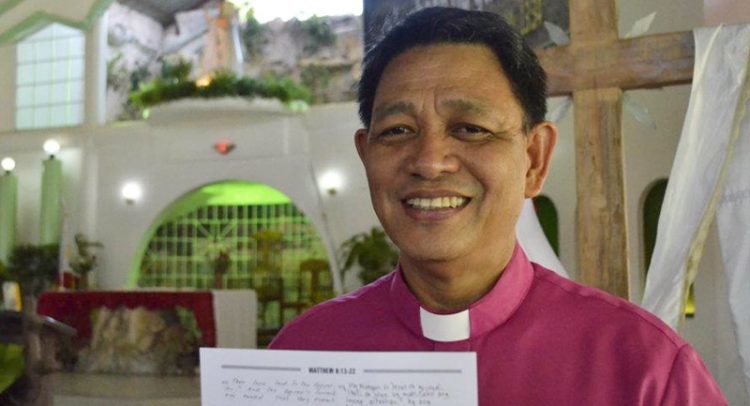 Sowing the Seeds of Peace in Mindanao: Statement on forging of Bilateral Ceasefire Agreement between GRP-CPP

(Statement of Bishop Felixberto Calang of the Iglesia Filipina Independiente, main convenor of Sowing the Seeds of Peace in Mindanao and observer in the GRP-NDFP Peace Talks)

We welcome the pronouncement of the Communist Party of the Philippines to discuss the forging of a bilateral ceasefire agreement with the Government of the Republic of the Philippines. If this happens, it will restore the timetable of the talks and allow the February and April negotiations to push through in The Netherlands and in Oslo, Norway, respectively. A restored timetable means we can anticipate the unveiling of a draft Comprehensive Agreement on Social and Economic Reforms later this year, a blueprint for socio-economic transformation that the Filipino people have long struggled for.

This pronouncement by the CPP is a most positive development in the midst of the gloom surrounding the peace talks. The series of unfortunate events such as the GRP termination of the JASIG and the subsequent declaration of an all-out war by the Armed Forces of the Philippines quickly overshadowed the successful outcome of the third round of talks in Rome, Italy and the promising prospects of more substantive bilateral agreements being signed in future rounds.

This tried-and-failed formula of all-out war did not only dash hopes for the continuity of the talks but have led to the displacement of rural communities hit by aerial bombardments in the hinterlands. This is compelling reason to return to the negotiating table aside from the urgency of the signing of social and economic reforms.

Because the CPP has called for the release of AFP and PNP personnel captured by the New People’s Army, we in the Sowing the Seeds of Peace in Mindanao are offering ourselves as Third Party facilitator as we have done so in the past seven years since peace talks resumed in 2010. We shall undertake the formation of Crisis and Peace Bridging Committees as part of this facilitation. President Duterte’s peace panel continues to be hopeful that the peace negotiations will be back on track. These gestures from the GRP and the NDF and CPP prove once more that when both sides are willing to bend backwards for the benefit of the Filipino people, we can all march in step making the extra miles, not just one, for the sake of a just and lasting peace.

We therefore call for greater reciprocation and that means the agenda for the release of political prisoners is also an urgent concern in accordance with the Comprehensive Agreement on Respect for Human Rights and International Humanitarian Law (CARHRIHL) which both parties signed and are obliged to implement.