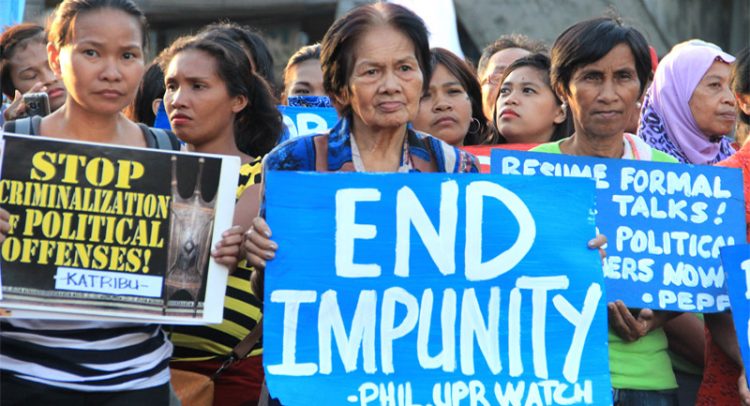 MANILA, PHILIPPINES – Rights advocates and member organizations of the Philippine UPR Watch held a mass action in Mendiola this afternoon, as the UN Human Rights Council conducts its third cycle of the Universal Periodic Review (UPR) on the Philippines in Geneva, Switzerland.

At the same, the Philippine UPR Watch delegation is monitoring the session in Geneva. The third cycle of the UPR on the Philippines covers the terms of the Benigno Simeon Aquino III presidency up to the first months of current president Duterte – from 2012 to the present.

“As we are gathered here, representatives of the Philippine government are facing the member states of the UNHRC, and are trying to dazzle their peers to gloss over the rampant human rights violations in the country,” Dr. Rommel Linatoc of the National Council of Churches of the Philippines stated. 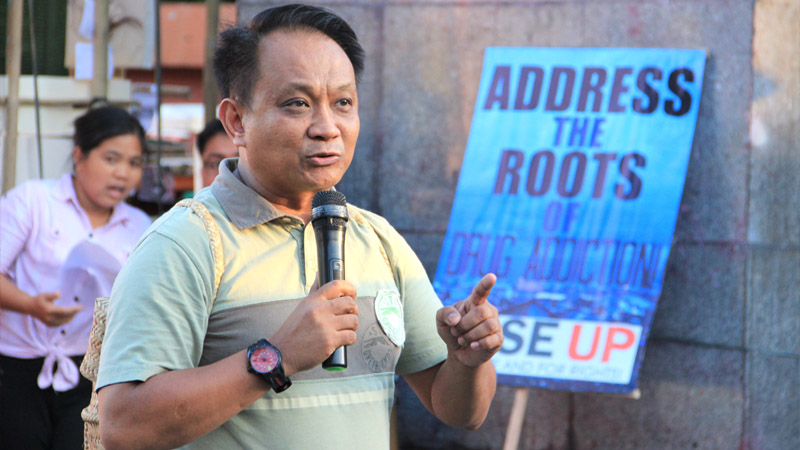 According to Linatoc, the actions show to the world that the Philippine Report to the UPR Working Group is detached from reality as it does not actually reflect the human rights situation on the ground Linatoc said.

The Philippine UPR network includes Karapatan, KilusangMagbubukid ng Pilipinas (KMP), Gabriela, Katribu, Promotion of Church People’s Response (PCPR) and the National Council of Churches in the Philippines (NCCP), among others, staged a parallel action in Mendiola.

“We are enraged of the Philippine government’s whitewashing of the most serious violations of human rights in the country. After almost a decade of demanding accountability from the government and prosecution of perpetrators, they continue to cover up and justify the abuses,” Hustisya chairperson Evangeline Hernandez said.

Hernandez explained that the Philippine Government’s cover-up of simply branding extrajudicial killings as crimes of homicide and murder are further violations of the rights of the people to attain justice. “We condemn the promotion of impunity, and demand that the Duterte administration immediately heed the calls of the people for justice and an end to such atrocities,” said Hernandez.

Fr. Gilbert Billena, Ocarm, of Rise Up further stated that it is equally insulting to the families of more than 8,000 drug related killings that have been reported. 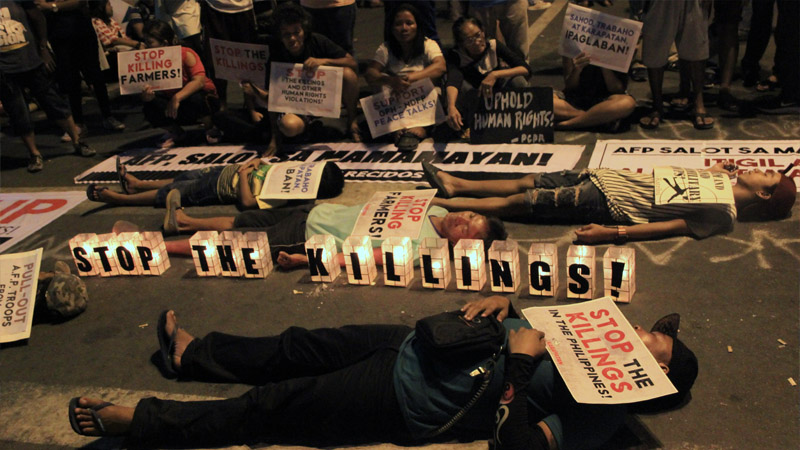 “It is always the state which is primarily duty bound to prevent such killings, even if you follow the logic of the Philippine Government that such killings are not state-sponsored,” Billena said.

Kilusang Magbubukid ng Pilipinas (KMP) secretary general Antonio Flores said “the mere fact that farmworkers from the Madaum Agrarian Reform Beneficiaries Inc. (MARBAI) are holding a camp-out here in Mendiola to fight for the land taken away from them and assert the official installation order subverted by Lapanday Foods Corporation in Tagum City, are manifestations that human rights, especially the International Covenant on Economic, Social and Cultural Rights (ESCR), are being violated. 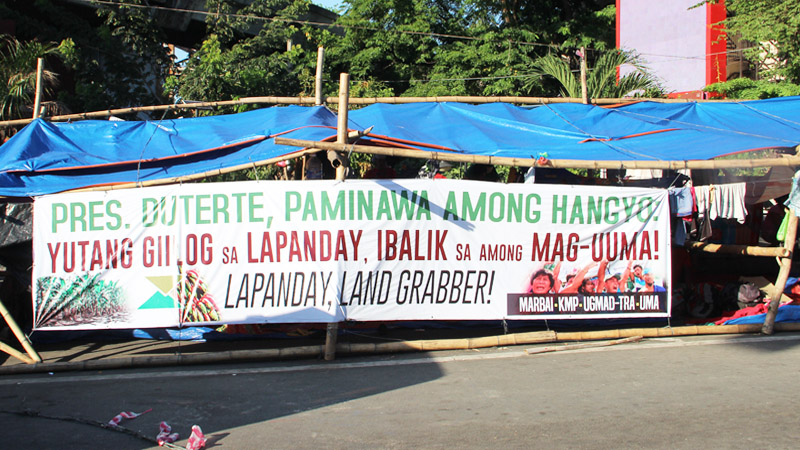 Farmers who are camped out in Mendiola joined the noise barrage to dramatize their call for the Philippine Government to implement the recommendations of the first two UPR sessions on the Philippines.

“For the Filipino people to really enjoy these rights, the government must pursue free land distribution, and a genuine land reform program,” Flores added.

The Philipine UPR Watch also highlighted the call to support the peace negotiations between the government and the National Democratic Front of the Philippines as one way to uplift the human rights condition in the country.

Philippine UPR Watch assails Government report at UN: “Misleading and does not reflect realities on the ground.”