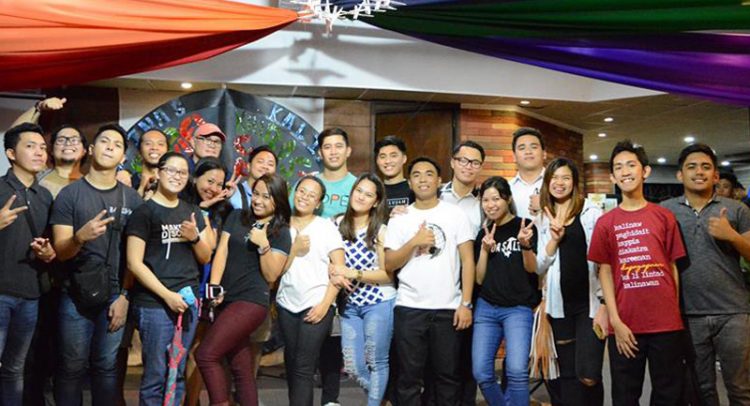 Surge of talent at ‘Timpuyog 1’

The inaugural edition of the Timpuyog series reflected the richness of talent among the ecumenical youth.

That was a resounding observation among the 70-plus attendees of “Timpuyog 1,” held on July 21 at Café Oikoumene.

“Timpuyog was not just a simple gathering. It was a fusion,” noted Yvid Jiyo Nuay, who travelled all the way from Lipa, Batangas, to see the event for Pambansang Kapisanan ng Kabataang IEMELIF. “It surely was a fusion of different art forms coming from different inspirations, different people and different denominations; but united by God and the language of love.”

From Los Banos, Laguna, UCCP Christian Youth Fellowship’s Mariebeth Anicete saw the talent and energy emanating from the “night of art and fellowship.” However, she commented that many wanted to perform so the open mic was “bitin” (not enough).

The program included performances from the Church youth organizations (CYOs) under the Kalipunan ng Kristiyanong Kabataan sa Pilipinas; and performance groups Teatro Ekyumenikal, People’s Chorale and Tubaw. There were open mic segments for participants who wanted to go onstage.

Faith Justice Sanchez, a member of CYF and the Timpuyog series steering committee had several realizations: “One, yes CYOs may have different practices but we are always in solidarity with the masses, the marginalized or those who experience injustices. Lastly, we have the same vision, as youth of the ecumenical arena. We pray and channel everything into action until we achieve our dream of an abundant and meaningful life for all.”

During the activity, the unity statement of the KAPPIA IV participants titled, “Ecumenical Youth: Agents of God’s Peace,” was read by the CYO presidents and representatives. The statement commits: “We shall tirelessly act to create a society for everyone where peace and justice and love prevail.”

The Timpuyog series feature events that use peace and peacemaking as the central topics. Timpuyog 2, which happens again at Café Oikoumene on August 18, will give special focus to the unpeace in Mindanao. The last event, Timpuyog 3, will be an ecumenical peace concert on September 8 at the National Council of Churches in the Philippines Ecumenical Ministry, UP Church of the Risen Lord.

“Timpuyog” is an Ilocano term that may mean unity, synergy or gathering, a takeoff point for the rationale of the peace series.

“Timpuyog perfectly encapsulates what our events represent: a coming together of the different churches and sectors, in unity, to affirm and celebrate and yearn and make peace, as children of God,” noted the concept paper for the event series.

An entrance fee of P100 provides free snacks and welcome drinks. The Café will be open for meal orders throughout the event.

Peace shirts will also be sold for P250.