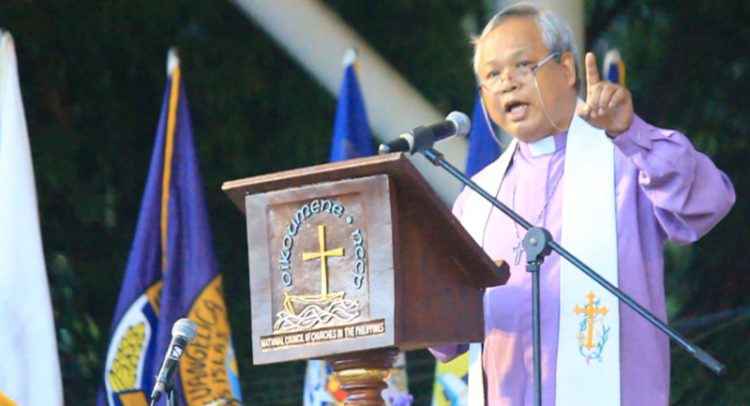 Quezon City – The General Secretary of the country’s biggest aggrupation of Protestant and non-Roman Catholic churches today welcomed the Pastoral Letter of the Catholic Bishops’ Conference of the Philippines (CBCP). The Protestant leader also reacted to presidential legal adviser Salavador Panelo saying that church leaders speaking out against society’s ills does not violate the principle of separation of church and state.

Bishop Reuel Norman O. Marigza, General Secretary of the National Council of Churches in the Philippines, said “we welcome the Pastoral Letter of our brother Bishops in the CBCP exhorting the Roman Catholic faithful to pray for the country in the midst of the passing of the Anti-Terror Act and the closure of ABS-CBN.”

“It is the moral duty and prophetic task of every Christian, especially church leaders, to announce and denounce the ills of society. This is what the prophets of old and Jesus Christ did during their respective times. It also helps our respective flocks in their reflection and discernment”, the NCCP leader stated.

“Besides, to paraphrase what Bishop Broderick Pabillo stated, as citizens and rights holders, members of the clergy also have rights to call to task the government, the duty bearers, if they are remiss in their duties and responsibilities to the people. Actually, it is the government who is not listening to its people as the Anti-Terrorism Act and the closure of ABS-CBN are overwhelmingly being criticized by various sectors of society”, Bp. Marigza concluded.