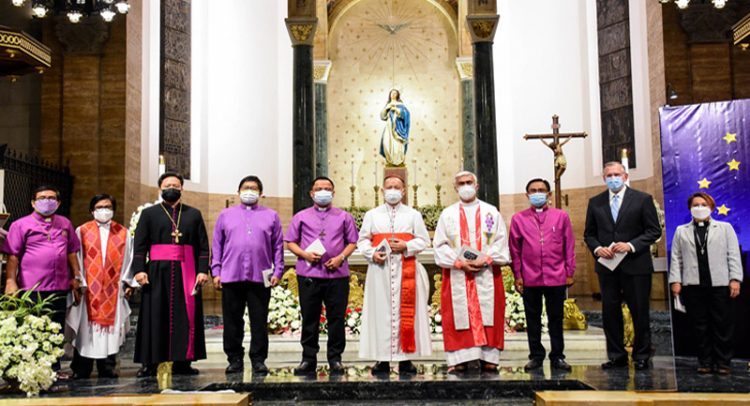 The Inevitable Unities of Churches

The National Council of Churches in the Philippines (NCCP) and the Catholic Bishops’ Conference of the Philippines (CBCP) observed the Week of Prayer for Christian Unity (WPCU) on January 18-25, 2022. This ecumenical observance was a result of churches working together in response to the challenges of the time. This was participated by regional ecumenical councils or fellowships across the country.

Internationally, this annual celebration is prepared by the Pontifical Council for Christian Unity of the Roman Catholic and the Commission on Faith and Order of the World Council of Churches. This begins on the Feast of the Confession of Saint Peter on January 18 and concludes with the feast of the conversion of Saint Paul on January 25. In the Philippines, it is adapted, and organized by NCCP and CBCP for several years. This year, the Baguio City Ecumenical Council had their own observance from January 17- 22, 2022. The Davao City celebrated the week from January 18-25, 2022. The Tarlac Ecumenical Assembly will have their celebration on January 31, 2022. There were several celebrations from local to regional assemblies that were not mentioned.

From this year’s theme, “We saw the star in the East, and we came to worship Him.” (Matthew 2:2), a common statement for the observance had been developed and signed by Bishop Reuel Norman O. Marigza, the General Secretary of NCCP and Archbishop Angelito R. Lampon, OMI, the Chairperson of CBCP- Episcopal Commission on Ecumenical Affairs. The statement described the sickening situations of the Philippines and the importance of the unity of Christians to work together through active participation in the democratic process, one of these is the coming election, and responding in service of poor, marginalized and toiling majority. Likewise, the theme or the celebration per se had reflected the regions’ condition and their response through their liturgies. The Dumaguete Ecumenical Community who opened the celebration, showed the unity of the churches in opposition to the 174 Dumaguete Reclamation Project and the response to the recent Typhoon Odette. The Davao City Ecumenical Fellowship had a special input on the mining situation in Tampakan, South Cotabato. In Metro Manila, the WPCU was observed in Manila Cathedral with the homily from His Eminence Jose F. Cardinal Advincula, the Archbishop of Manila. He encouraged everyone to engage in ecumenism and interreligious dialogues. Both the NCCP and CBCP are encouraging more regions to join in the observance.

The story of differences, schism and merges of churches are now the story of coming together in action. In and out of the season, Christian unity in the Philippines can be witnessed when churches are gathered in solidarity with the most vulnerable and responding to the call of the time.

Protect God's Creation: No to Kaliwa, Kanan and Laiban Dams