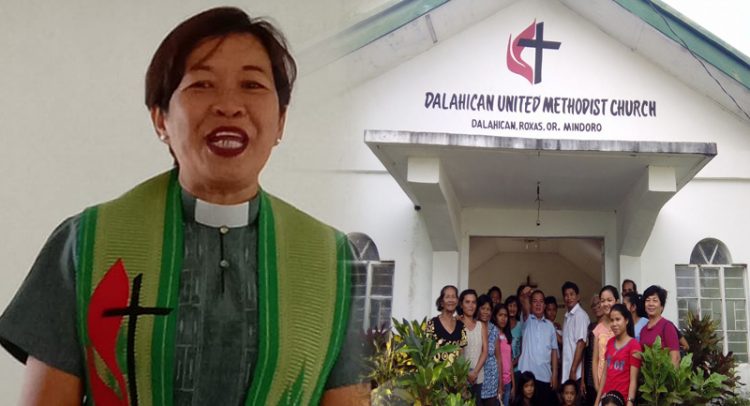 The National Council of Churches in the Philippines supports the call of the United Methodist Church, Philippine Central Conference, Board of Church and Society to Drop All Charges Against Rev. Glofie Baluntong. Having served as deaconess for 24 years, she was ordained as clergywoman in 2014. Her prophetic engagement for justice and peace have been the heart of her ministry and service, especially to the poor.

As such, she stood in solidarity with the Mangyans in the fight to protect the environment and in upholding the rights of indigenous people. She was actively involved in relief and rehabilitation programs for the most vulnerable communities and people in Mindoro. She supported and collaborated with the ecumenical organizations in advancing human rights advocacy; and offered sanctuary to those fleeing from violence and attacks.

For doing so, Rev. Glofie was baselessly and maliciously charged with attempted murder involving an incident that occurred on March 25, 2021 at 3:00 PM. But at that same date and time, witnesses attested that Rev. Baluntong was conducting a necrological service.

The NCCP condemns this malicious and trumped-up charge against Rev. Glofie Baluntong! We demand that the cases filed against her be dropped.

On this note, we support Senator Loren Legarda in her call to review the Anti-Terrorism Act. Last March, 2020, the NCCP released a press statement denouncing the Anti-Terrorism Bill as a travesty of the sacred tenet of freedom that God bestowed on people. “The Bill is a threat not just to the organizations upholding human rights but to any individual who will wake up one day to find they can no longer demand their own right to human dignity, which is afforded so clearly to all by God,” the statement mentioned. With that, we challenge Senator Loren Legarda to continue urging the Supreme Court to review the Anti-Terrorism Act.

We call on the NCCP member churches to pray and stand with Rev. Glofie Baluntong, with the United Methodist Church, and with all the human rights defenders who are being persecuted because of their ministry and service to the poor.

Jesus said on his sermon on the mount, “Blessed are those who are persecuted because of righteousness, for theirs is the kin(g)dom of heaven. Blessed are you when people insult you, persecute you, and falsely say all kinds of evil against you because of me. Rejoice and be glad, because great is your reward in heaven, for in the same way they persecuted the prophets who were before you.” Matthew 5:10-12.

Let us not allow another “red-tagging” and “arrest and killing” to happen in our time. Let us stand together with courage, faith, and hope and call for an end to the attacks on church people!

Church Leaders appeal to President for Peace Talks on the 30th anniversary of The Hague Joint Declaration, GRP-NDFP Peace Negotiations