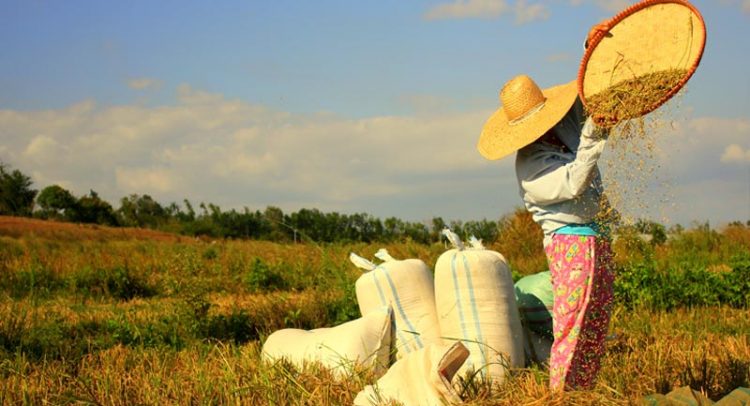 The earth is the Lord’s… we are God’s stewards

This statement of concern was released by the participants of the Theological Consultation on the Stewardship of Land held on 29 August – 2 September 1988. Through the recommendation of the Urban Rural Mission, it was endorsed by the Executive Committee on 3 December 1988 for dissemination, study and reflection among the constituency of the NCCP.

The Philippine’s is basically agrarian in economy – a fact to be proud of as well as a cause of frustration for a majority of the people. The country produces more than enough for its people, but 80 percent of its 70 percent agricultural sector live in poverty. Why?

The emerging socio-cultural, economic and political structure of the Spanish-Philippine society was curtailed by Spanish colonization and an entirely different system of life was introduced. Logically, the Philippines regressed rather than progressed because the colonizers never considered the development of the country. For centuries, the land was mainly used as a commercial exchange post by the Galleon Trade.

Capitalism entered the world market and major agricultural products such as coconuts, hemp, tobacco and sugar were in great demand. To ensure the quantitative production of these crops, the Spanish government started the regional cultivation of specific crops, and encouraged the possession of vast tracks of land by chosen individuals, notwithstanding the religious orders. Hence, the so called haciendas and dispossessed people began to emerge and multiply.

The inroad of capitalism into the agricultural sector further manifested during the American period, through the acquisition of the country from Spain, the introduction of foreign crops and the advent of foreign manufacturers and traders at the expense of the people. Such condition prevailed throughout the country’s colonial past, a fact which is true even today.

The people realistically have more reasons to be disturbed in the present context of the Philippine society. The dispossession of land is aggravated by other issues although it remains the primary reason for agricultural unrest.

The present systems of production, usury practices, low prices of agricultural produce and high costs of agricultural inputs have brought the farmers to utter misery and hopelessness. The liberation from the cycle of dependency on the merchant/landlord/landowner remains a dream, and their hope for government intercession is responded to superficially.

Periodical agrarian reform laws were enacted but to no avail. Now the Comprehensive Agrarian Reform Law is seen as the embodiment of the interests of the landed gentry, a manifestation that the present government has desecrated its covenant with the people to bring about a genuine agrarian reform program.

Left with nothing to lean on, the farmers have resorted to their own version of agrarian reform. And we in the Church are in a dilemma. Hence, it is in this context that we need to look into our theological understanding on the stewardship of land.

Together as one body of Christ, the mandate for our calling is to assert the teachings of our faith. The land belongs to God and we are His stewards. As stewards, We are called to maximize the blessings of the land for the good of all creation. In this manner, we participate in the restoration of the image of God in us and assure our full humanity.

Land is life. Life can rightfully be expressed and en joyed in a community, when land and its fruits are shared by each one according to each need. Otherwise, desecration of life and the community will result when the control of land is left in the hands of a few.

The full realization of freedom is not derived from the people’s aspiration to possess the land as stewards. The travel of Abraham and his people from the land of Ur to the Promised Land is related to land and freedom. The Exodus of the People in Bondage from the Land of the Pharaohs is an aspiration for freedom in one’s homeland. So, the stewardship of land is a struggle for freedom and self-determination.

Indeed, the Christian community is one whose vision reflects the people’s aspirations — a society of truth, justice, love and freedom from bondage, from foreign domination, from all other forms of control and life-negating conditions. Specifically, it is a community where education becomes a right rather than a privilege; where food is abundant for all; where people will not die of property-related diseases; where people live in their own homes; where tillers till their land, where laborers receive just wages; where fisher folk are not edge-out in competition by deceit, force of legal measures; where the indigenous peoples enjoy the right to self-determination in their own ancestral and tribal lands.

The foregoing assertions call us to concretely manifest in the Life of the Churches the essence of our faith. Churches have already responded in their own unique and simple ministries. But we realize that we have not launched into the depths”, neither have we “gone into the second mile.” Thus, we need the collective efforts of all forces within the church sector.This centers of our involvement not only denominationaly, but also ecumenically.

In this ministry of life and action, we find the courage to confess our sins and to repent in the light of Him who came that we may have life and have it more abundantly. We hereby declare a call to national and ecclesiastical repentance tor our sins of selfishness, prejudice and silence. We have loved ourselves individually at the expense of the basic masses; our prejudice against other communions and denominations have pushed us towards not only “sheep-stealing” but also “pasture grabbing”, especially those of the indigenous peoples; we have been silent on issues that need our voice; we have actually allowed evil to prosper with our silence.

Our repentance is also a concrete manifestation that signifies our renewed commitment as stewards of God’s creation. In our participation, we should be aware not only of our rights but as well as our responsibilities. This is to make balance/leeway between what we are to assert and those which we are to consider as our role in doing so. Let us not remain impatient to see and feel the results of the hardships and sacrifices we are working for. This is a process to the end that we shall reap the fruits of our labor.

Together with other sectors, the Church is tasked to fulfill its calling and be faithful stewards of God’s creation, “for the earth is the Lord’s and we are His stewards.”

The following are considerations whereby the Church can help in the possible resolution of the aforementioned issues and concerns:

2. Provide materials on the issue of land for use in liturgy, Bible studies, sermons, hymns prayers and others;

3. Provide support services toward the attainment of a just and operational agrarian reform program;

6. Initiate the move towards a program of “Land for the tillers” starting with church lands and lands of church related institutions based on the principle of stewardship; and

7. Support the move for self-determination of indigenous communities.

Statement of opposition to the legalization of gambling