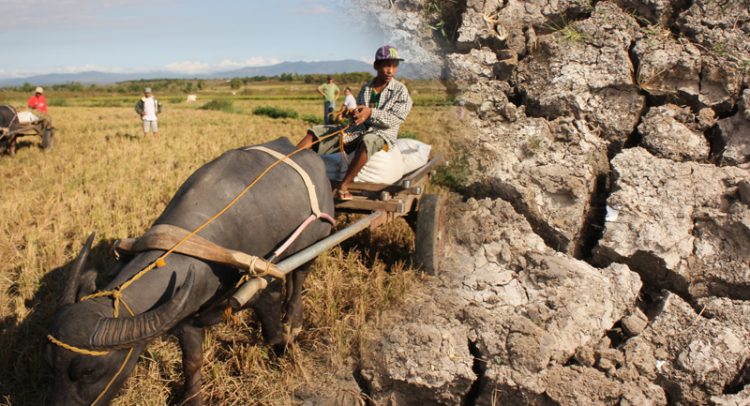 The weather aberration known as El Niño is a natural phenomenon. Experienced for thousands of years, it occurs time and again. In the Philippines, its effect is less rainfall and long dry spells. This year, the drought affected 1,133,658 families all over the Philippines; damaged crops worth PhP 7B; left 74 national minorities in Mindanao dead; and intensified forest fires, the most notable of which was the Palawan forest fire, which lasted for weeks. After El Niño, the Philippines is in the midst of another catastrophe brought about by La Niña – El Niño’s opposite twin. Typhoons Emang and Gading, left 52 people dead and destroyed crops and livestock worth PhP 34.2M. Super typhoon Illiang, and the latest, Loleng, wrought more destruction. Illian affected more than 221, 349 families in Northern Luzon alone. It left 68 dead and 98 injured. Loleng left 75 people dead. The last two typoons struck within a week apart leaving behind PhP 6.57B in damages with P4B in agricultural losses alone, aside form the human casualties (the final tally is still incomplete so there is a possibility that the figures are bigger).

Compelled by the Christian edict to help our neighbors in times of need, the National Council of Churches in the Philippines joins the nation in its effort to rise above the quandary brought about by the El Niño and the La Niña. In addition to its relief and rehabilitation activities, the Council, each and severally, is praying for the victims, that the government remain sincere in helping the victims and may their assistance reach the intended beneficiaries.

Still and all, the NCCP believes that the El Niño, and the La Niña are only two of the mitigating factors to the present crises. Even before their assault, hunger, malnutrition, and homelessness were already prevalent among the poor. The aggressive programs and projects in the country, characterized by rampant conversion of prime agricultural lands into golf courses, mining sites, industrial zones and subdivisions by big foreign and local companies, had left most of the peasants the most hardly hit by the drought and the storms, economically defenseless. This deplorable condition of the majority of the Filipinos reverses God’s intention of care and nurture of humankind as we are created in His image (Genesis 1:26-27).

The effects of El Niño and La Niña have also intensified due to environmental degradation precisely because of the different projects mentioned above, all in the name of profit.

In line with this, we strongly demand from the Government the review of its development strategies that put importance to the interests of big foreign and local businesses over the preservation and proper utilization of the environment. It is our duty as stewards of God and as part of our prophetic ministry, to be responsible of what God has entrusted to us (Genesis 1-25. 2:13). Nature should be preserved so that the people can live life in its fullness (John 10:10). For a destroyed environment will make us vulnerable to natural phenomena like the El Nino and the La Nina.

We in the NCCP along with our member churches, in line with our common vision and mission, will work for a sustainable society where the “physical environment is protected and nurtured to ensure ecological balance and inter-generational equity, people are given free rein to develop their full potentials as human beings and God’s creation” (NCCP Towards A Common Vision and Mission).

*This statement was issued by the Officers of the National Council of Churches in the Philippines on the 18th of November, 1998 and signed by Bishop Daniel Arichea, Jr. and The Right Rev. Roman B.Tiples, Jr., NCCP Chairperson and General Secretary, respectively.

The handwriting on the wall

MAG-KASAMA: One in Call, United in Commitment