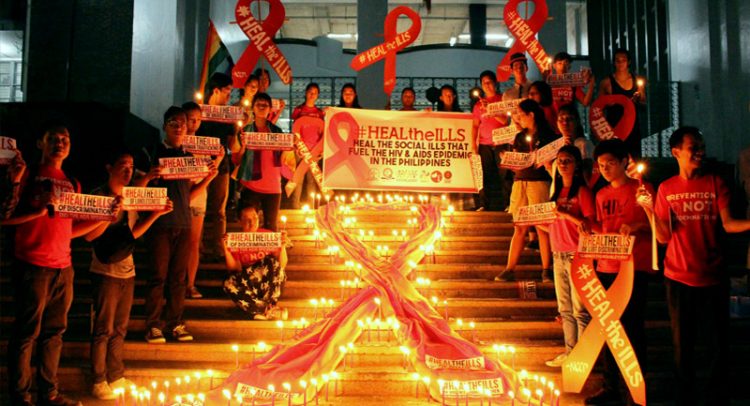 Behold, I will bring to it health and healing, and I will heal them and reveal to them abundance of prosperity and security (Jeremiah 33:6).

Globally, 37 million people live with HIV and need access to life-saving anti-retroviral medicines. The UNAIDS has issued a target to end AIDS by 2030.

To achieve this UNAIDS has identified what they refer to as “90/90/90 treatment targets” to be achieved by 2020 if the goal of ending AIDS by 2030 is to become a reality. These targets are that 90% of people living with HIV should know their HIV-status, 90% of those who test positive should be on treatment, and 90% of those on treatment should have an undetectable viral load, i.e. be on successful and effective anti-retroviral treatment.

Thus to end AIDS by 2030, comprehensive and functional health systems which are able to get more people tested for HIV, put and maintain more people on anti-retroviral treatment, and give more people access to viral load machines to monitor treatment effectiveness are needed.

It presently appears unlikely that the Philippines will achieve these goals. The Philippine government has already been ineffective in meeting the 2015 HIV and AIDS targets established under the Millennium Development Goal (MDG) of halting and reversing the spread of HIV. The World Health Organization (WHO) has declared the Philippines as the country with the fastest growing HIV epidemic in the world.

Currently, the Department of Health (DOH) reports that the number of cases reported has shown a steep increase in recent years – from less than 1 case a day in 2006 to 22 cases a day in October 2015. The Philippine government has responded with a low investment in HIV and AIDS prevention, which has resulted in very low service coverage. For 2016, the Philippine government pegged the budget for combating HIV and AIDS at P1.08 billion, almost double the amount allocated in 2015. Yet this is only 26% of the estimated P4.1 billion which UNAIDS has estimated as the amount needed for effective HIV and AIDS prevention coverage.

Inadequate government expenditure has resulted in very low HIV testing coverage, with only less than 1% of the general population tested, and prevention coverage has fallen far below the national target of 80% established in 2005.

In response to the continuing rapid spread of HIV and AIDS in the Philippines, the NCCP along with its sectoral partners calls for the healing of the social ills that fuel the spread of HIV and AIDS. These include poverty, unemployment, lack of access to quality and affordable social and health services, lack of political will and gender inequality, which all contribute to increase the vulnerability of people to HIV and AIDS.

The “ABC” approach which stands for Abstinence, Be faithful, Use Condoms along with “Awareness” and “Behavior Change” have been used as an all-inclusive messaging tools for HIV prevention programs of government in the country. These approaches have mostly been the frontline solutions offered by government and both local and international NGOs. The “ABC,” “Awareness,” and “Behavior Change” approaches have been necessary but have proved to be inadequate as they have failed to take into account the other ways in which HIV can be transmitted and other drivers of the epidemic, including poverty, unemployment, poor healthcare systems, gender inequalities and the role of power in sexual relations.

Middle class and wealthy Filipinos respond to awareness campaigns because their participation in risky sexual behavior is voluntary. This is not the situation with the poor. For the poor, risky sexual behavior is generally compelled by structural and social factors beyond their control, for example prostitution and drug use which are generated by poverty; and physical/sexual violence brought about by gender inequality.

While we continue to educate people about individual risky behavior, we need to target the risky conditions under which these behavior occurs. The spread of HIV and AIDS is not only a public health issue, but it is also a symptom of an unjust social order.

Thus we call on our churches and associate members to enhance their knowledge, skills, and attitudes on HIV and AIDS and awareness of safer practices covering all different modes of HIV transmission; and on gender, sex, and sexuality.

We also call on government to ensure that the budget of the Department of Health should be relevant to the needs of the people and the health allotment should be based on WHO recommendation of 5% of GDP. We echo the call of UNAIDS that the national government must increase investments in the HIV and AIDS response and cover 50%-75% of national needs (or $20-$30 million per year) and reiterate our continuing call to address the inequitable access to health facilities, goods and services and the increasing out-of-pocket share of patients up to 83.5 % of total health expenditure.

As we face the Advent Season, we remain hopeful that People Living with HIV (PLHIVs) in our land will be filled with the hope that this season brings. God “Emmanuel” came to live with us and be one with us. This God Emmanuel continues to reincarnate in the lives of people and organizations that continue to reach out their hands where it is most needed. We pray that our PLHIVs and people living with AIDS will continue to hold on to the hope God Emmanuel brings to us until the fullness of life reign with us all.