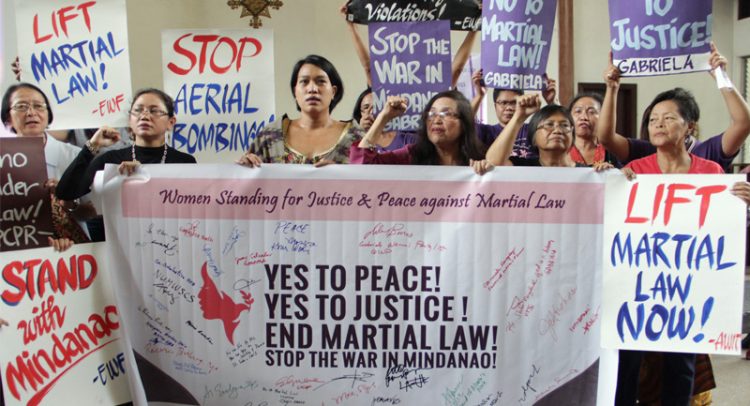 Filipino women have been suffering for decades under a succession of governments who have promised change.

Women became modern slaves – laboring without end in a futile attempt to ward off hunger and homelessness; suffering the lack of support services for their own basic needs; experiencing grave abuses of their human rights in the hands of men in uniform as they defend their land, their homes and their communities from local and foreign big business; experiencing sexual and other forms of violence against their person.

A sudden turn of events, however, threaten to put these initiatives into the dustbin. The GRP panel cancelled the fifth round of the peace talks. The declaration of Martial Law in Mindanao worsened the climate of impunity with which the armed forces commit human rights abuses against peasant and indigenous communities. 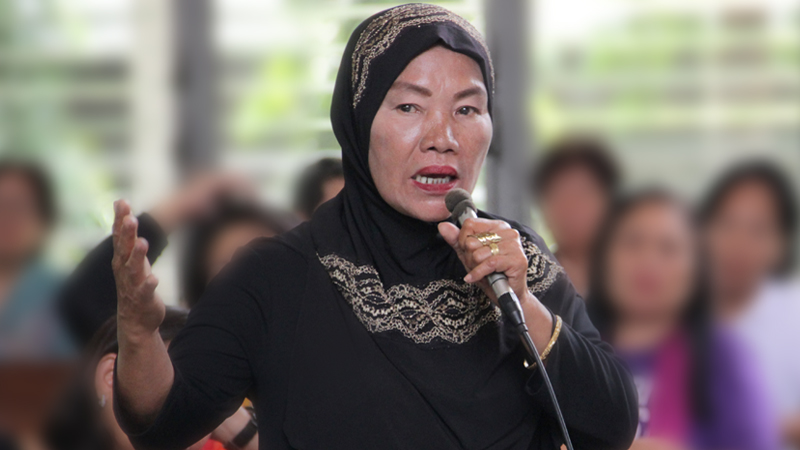 Government response to the Marawi siege has turned severely out of proportion with ground assaults and indiscriminate aerial bombings causing massive destruction and innumerable loss of lives. A war against terror that has itself sown terror among the people of Marawi. A war gone awry, whose consequences are bound to fall heavily on women’s shoulders as they struggle to rebuild what is left of their previous homes and communities.

The entry of US military forces into what should be a purely Philippine military and police operation in Marawi runs counter to the Duterte administration’s pronouncement of adopting an independent foreign policy. US intervention threatens to turn our country into another laboratory for a US-defined war, a war with no clear parameters and no clear boundaries.

As if these weren’t enough, President Duterte’s own callousness, as shown by his seemingly habitual jokes about rape and disrespectful treatment of women, abets his allies’ misogynist attitude and the armed forces’ impunity at violating women’s human rights.

Women have had enough!

We demand genuine change. We demand respect and guarantees for women’s human rights. We urge the Duterte government to carry out its pronouncements for a truly independent foreign policy.

There can be no real peace without social justice. We call for the resumption of the GRP- NDFP peace talks and demand for a successful conclusion to the Comprehensive Agreement on Socio-economic Reforms.