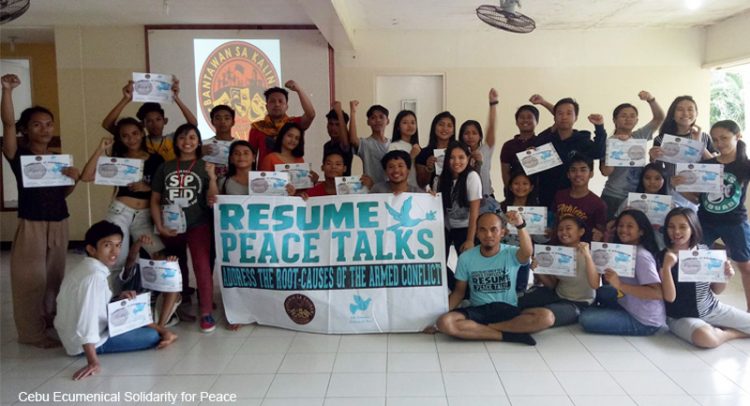 Over 30 young people from different Christian denominations and civil society groups gathered in Liloan, Cebu, to touch base with their creative selves on April 3-7.

But, it wasn’t an ordinary arts workshop, as they all knew the activity was ultimately about peace in the country. What with the theme: “Kabatan-onang Kristiyano, Isulong ang Kalinaw Pinaagi sa Arte!” (Christian Youth, Pursue Peace through Arts).” 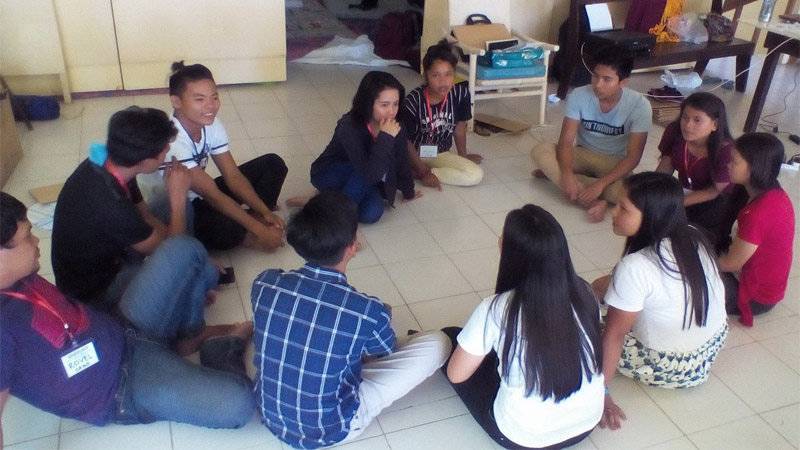 “Young people have a significant role in building a just and lasting peace in our country,” said Hannah Grace Santillan, one of the facilitators, at the sidelines of the activity, held in a Jesuit retreat house.

“We are here to enhance the gifts and talents the participants already possessed so they could further promote peace through the creative arts,” she explained.

Santillan was representing the National Council of Churches in the Philippines’ Teatro Ekyumenikal (TE).

The activity was organized by Cebu Ecumenical Solidarity for Peace (CESP). Founded in 2014, it is a network of Cebu-based faith denominations and advocates coming from the West Visayas Jurisdictional Area of the United Church of Christ in the Philippines (UCCP), the Diocese of Cebu of the Iglesia Filipina Independiente (IFI) and the Roman Catholic Archdiocese of Cebu. 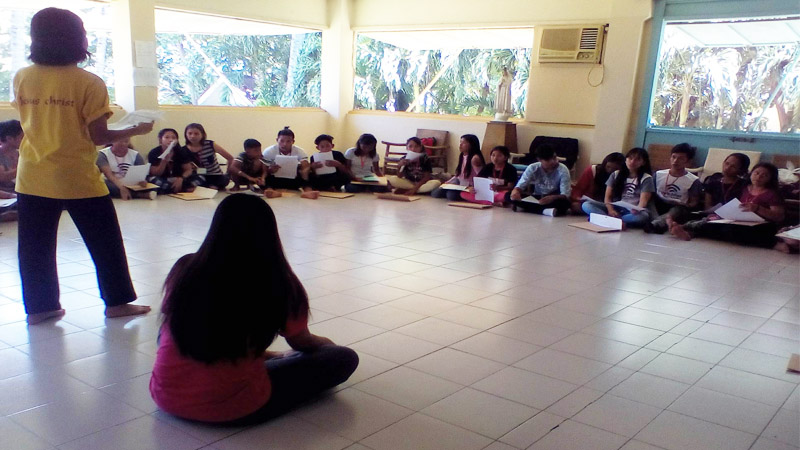 Joining Santillan to help a total of 32 individuals express themselves artistically were Ernest Besana and Aleph Fajardo. All three were themselves trained by TE, a ministry supported by the Program Unit on Christian Unity and Ecumenical Relations (CUER). 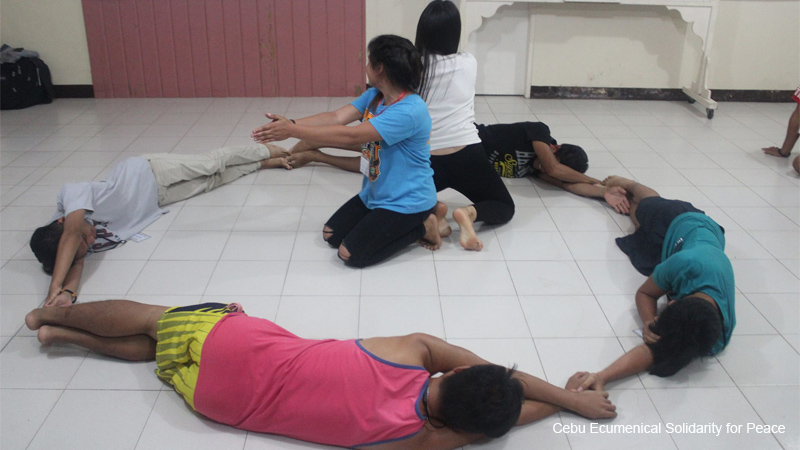 “We at TE became instruments in the formation of Bantawan sa Kalinaw, the theater advocacy arm of CESP,” Santillan said of the new group formed at the conclusion of the four-day program. “The formation aims to continue its call for the resumption of peace negotiations in the country.”