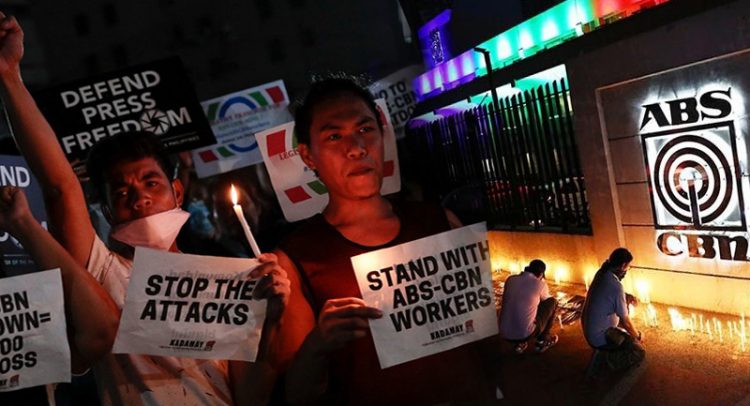 There should be no dead air during a crisis like this…

NCCP May 8, 2020
Statement on the Closure of ABS-CBN
“Take no part in the unfruitful works of darkness, but instead expose them.” (Ephesians 5:11)

The National Council of Churches in the Philippines, strongly denounces the forced shutdown of ABS-CBN through the cease and desist order from the National Telecommunications Commission (NTC) on May 5. This is an assault to the Filipinos’ right to information and a threat to democracy. In this time of a pandemic when most Filipinos rely on free press for accessible and reliable information, we sternly believe that the order was ill-timed, unnecessary, and did not come out of good faith.

The closure gives a chilling message that it is dangerous to cross the President. It has become public knowledge that ABS-CBN has earned the ire of President Rodrigo Duterte. It was Sen. Bong Go who stated during the Senate hearing on the media company’s franchise that:“Kung masama ka kay Pangulo, mas maging masama siya sa ’yo. Kung mabait ka kay Pangulo, mas mabait siya sa ’yo.”1 The House of Representatives, composed of a super majority loyal to President Duterte, sat on the petition to renew the franchise until it was too late to act on it. Even the Senate expressed its anxiety over the delay. While Congress stated its sense and the DOJ Secretary gave legal opinion that the media outfit can be given a provisional license to operate, NTC still decided not to do so. Moreover, there have been precedents of media outfits allowed to operate beyond the expiration of their franchises2.

ABS-CBN, is undeniably one of the pillars of mainstream media in the country. We are troubled that such a move against a major broadcasting network – which has not only provided affordable entertainment to the masses but has remained perceptive if not overtly critical of government’s programs and policies that might negatively affect the Filipino people as well – will have serious repercussions to press freedom and the continuing shrinking of civic spaces in the country. The order also indicates the apathy of lawmakers loyal to the administration, to the thousands of media workers and employees who are at risk of losing their livelihood in the middle of a national health crisis.

As a Christian Council, it is within our values to uphold and practice prophetic witness, especially in times of grave suffering. Thus, we stand in solidarity with journalists and with the broad Filipino community in decrying this affront to our democracy. We call on the government to take necessary actions towards ensuring a vibrant democracy by protecting press freedom. We call on our member churches and the truth-seeking Filipino community to stand firm and lift our voice without fear. Let us resist all forms of attacks to our rights and speak out for truth and justice. There should be no dead air as we work our way out through the COVID-19 crisis.