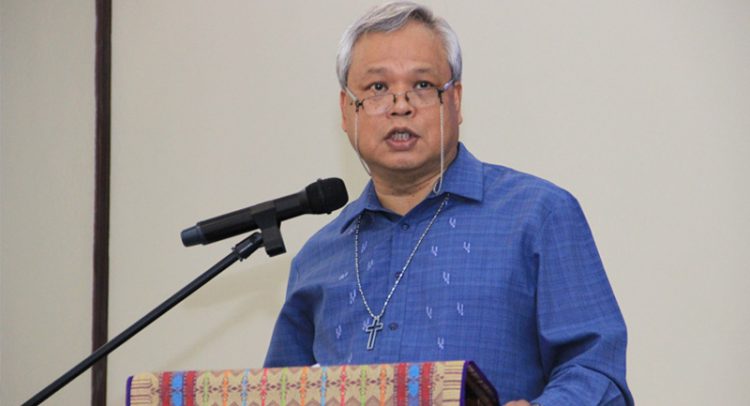 Quezon City: The National Council of Churches in the Philippines, the country’s biggest aggrupation of mainline Protestant and Non-Roman Catholic churches, echoed the sentiment of the Archdiocese of Manila Bishop Broderick Pabillo and Caloocan Bishop Pablo Virgilio David on the IATF’s order to ban public gatherings during the imposition of GCQ including religious services.

“I fully share the sentiments of my brother bishops from the Roman Catholic Church. It is grossly unfair that without due consultation with the churches, religious gatherings during this holy season for Christians are prohibited,” Bishop Reuel Norman O. Marigza, NCCP General Secretary said.

“In these anxious times, more than the strict, unjust, and inconsistent imposition of orders, the spiritual succor that the churches bring are much needed by the people. Churches and the religious services they provide, help people by providing spiritual support system, morale-boosting, help in reducing psychological stress and promote good mental health,” the Bishop added.

To recall, IATF ordered the prohibition of public gatherings during the imposition of GCQ in Metro Manila and provinces of Bulacan, Cavite, Laguna and Rizal, now called as NCR Plus from March 22 until April 4 through the IATF Resolution No. 104 approved by President Rodrigo Duterte.

On the Palace statement early today that the government can order churches to close if necessary through the enforcement of the police powers, Bishop Marigza stated: “For more than a year, the churches have been strictly observing the health protocols imposed by the Department of Health and the IATF in the conduct of the religious services, the least that they could have done was to consult us.”#