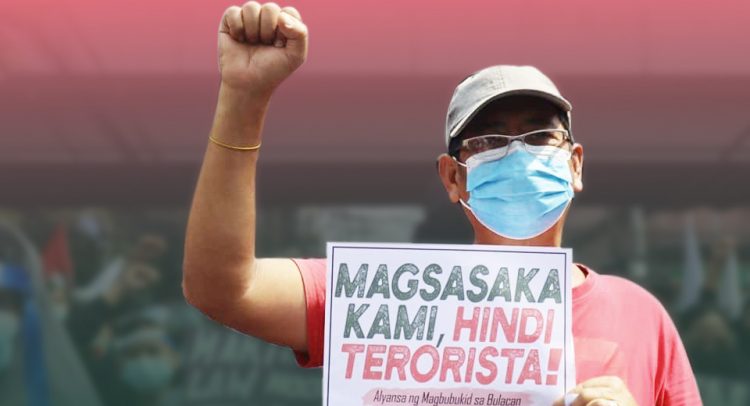 Quezon City – The National Council of Churches in the Philippines (NCCP) is aggrieved over the passing of peasant leader and political detainee Joseph Canlas on Tuesday, May 10. “We join the farmers in Central Luzon and the peasant sector in the country as they mourn the unjust and untimely death of their leader, Ka Joseph Canlas, as they call for justice and accountability. We offer our prayers for his bereaved family and may the Lord provide succor in their time of grief” Bishop Reuel Marigza, NCCP General Secretary stated.

“Just when we’re about to call for the urgent and unconditional release of Canlas over humanitarian grounds, the unfortunate news that he has succumbed to the complications of COVID-19 reached us,” Bishop Marigza said in a statement. “Our grief is not without indignation over the series of injustices that Ka Joseph experienced. First, for being red-tagged and arbitrarily arrested over fabricated charges. Now, for acquiring COVID-19 in detention that led to his death.”

Joseph Canlas was the Vice Chairperson of Kilusang Magbubukid ng Pilipinas (KMP) and Chairperson of Alyansa ng mga Magbubukid sa Gitnang Luzon (AMGL). He and two other activists in Central Luzon were arrested in simultaneous police operations during Holy Week last March 30. Yesterday, May 10, it was reported that Canlas was in critical condition after being tested positive for COVID-19. Canlas, who was diabetic and hypertensive, has acquired the coronavirus disease behind bars in Pampanga.

“Canlas was notable for his leadership among the farmers and farm workers in Central Luzon in their struggle for land rights, and for his contributions in environmental protection in the region,” Bishop Marigza said. “Ka Joseph was not an ordinary prisoner. He was persecuted for exercising his right to dissent. He may not have been killed the way other peasant leaders and rights defenders have been recently murdered, the persecution against him led to his untimely death nonetheless,” the Bishop ended.#