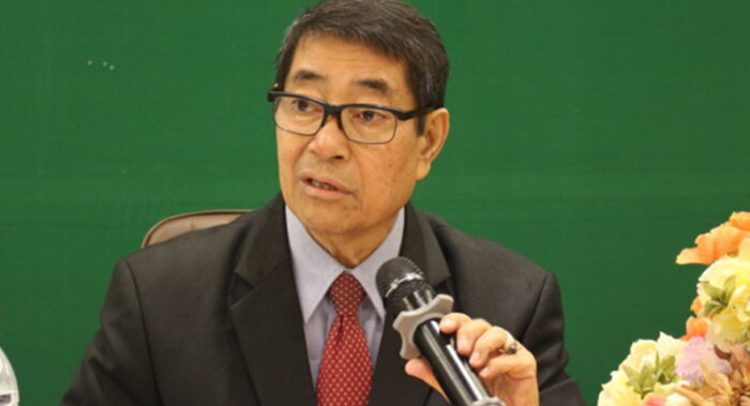 The Christian Conference of Asia (CCA) deeply grieves the passing away of Ephorus (Archbishop) Willem T.P. Simarmata, the Moderator of the CCA.

He passed away in the afternoon on Friday, 17 June 2022, at a hospital in Medan, North Sumatra, in Indonesia. He was 68 years old.

Archbishop Simarmata was the Ephorus (supreme head) of the largest Protestant church in Indonesia, the Huria Kristen Batak Protestan (HKBP), from 2012 to 2016.

One of the most prominent leaders of the Asian churches and the modern Asian ecumenical movement, Archbishop Simarmata was elected as the Moderator of the CCA at the 14th General Assembly of the CCA held in 2015, a position in which he has since served with capable and sincere leadership, especially in closely working together with the CCA officers’ team in charting the future of the CCA as well as in shaping key policy decisions ever since the CCA initiated its new programme structure in 2016.

The General Secretary of CCA, Dr Mathews George Chunakara, expressed deep sorrow over the demise of Archbishop Simarmata, and said that the CCA Moderator’s untimely and unexpected death was a great loss to the CCA and the Asian ecumenical movement, especially when the CCA was preparing for its 15th General Assembly which had been postponed due to the global COVID-19 pandemic.

Recollecting his close and personal association with Archbishop Simarmata, Dr Mathews George Chunakara said, “He was a very fine human being, and was pastoral in his approach. He dealt with everyone in a true spirit of nobility. He personified a charisma in his leadership and with a special grace in him, and he mentored and inspired people, exemplifying the message that dignity and honour are gifts from God.”

The CCA General Secretary added that Archbishop Simarmata consistently stressed the need for following the Christian social call of stewardship and care of creation and also promoted gender equality and the wellbeing of the marginalised and vulnerable groups in his communities.

“His deep commitment and passion enabled him to strive for communal harmony by developing strong interfaith relationships, especially with the Muslim majority in his country, for the common good. This was widely recognised by the people in his country and it was for precisely this reason that he was elected to the country’s parliamentary bodies in recent times,” Dr Mathews George Chunakara further added.

“His illustrious service to Church and the ecumenical movement spanned several decades, his deep spirituality and commitment to ecumenism, as well as his leadership in church and society at various levels will always be cherished and valued by Asian churches,” said Dr Mathews George Chunakara, who started his term as CCA General Secretary not long after Archbishop Simarmata was elected as the new Moderator of CCA in 2015.

Archbishop Simarmata was associated with the CCA since the early 1990s. He was an official delegate to the CCA Assembly held in 1995, and to subsequent CCA Assemblies, as well as many other major ecumenical events.

He had provided leadership in hosting and organising the 50th anniversary of the CCA held in Prapat and Medan in 2007, when he was the General Secretary of his church, the HKBP.

He also served the World Council of Churches (WCC) as a Central Committee member, and the United Evangelical Mission (UEM) as its Moderator. He was the former Chairperson of the North Sumatra region within the Persekutuan Gereja-Gereja Indonesia (PGI), or the Council of Churches in Indonesia, from 2001 to 2011.

Archbishop Simarmata was elected as the Senator to the Dewan Perwakilan Daerah (DPD-RI), one of the two parliamentary chambers in Indonesia, from the North Sumatra province.

Archbishop Simarmata was ordained as a pastor in 1983. He obtained a Bachelor’s in Theology from the HKBP Theological Institute in North Sumatra, Indonesia, in 1980, and a Master’s from the Siliman University, Philippines, in 1990, and also had a postgraduate diploma in Mission and Theology from Hanil University in Korea.

The first part of the funeral service will be held at No. 2 Setia Budi, Medan Selayung, Medan, on Monday, 20 June, and his funeral will take place on Tuesday, 21 June 2022, at HKBP Simarmata, Samosir Island, North Sumatra. He is survived by his wife, H. Lersiany Purba, and five children.

Hands Off our Prophets!