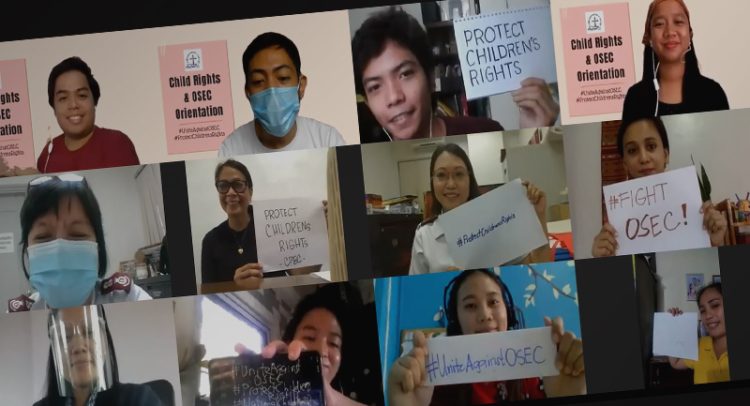 On the newly passed Anti-OSAEC and Anti-CSAEM Law: Use the Law to Protect the Children from Online Sexual Exploitation

We join all child rights advocates and organizations in welcoming this new law and in hoping to further the protection of children from exploitation and abuse. We laud the lawmakers in both Houses of Congress for coming up with the bill which eventually became a law after the maximum allowable period of days for the President to act on it had expired.

The Philippines has been named as the top global source of child sexual abuse materials, according to a report by UNICEF in 2016. Since then, online sexual abuse and exploitation have become one of the fastest-growing concerns for child rights advocates. At the height of the pandemic, for the period of March – May 2020, cases of child sexual abuse materials have grown drastically to 264%, compared to the same period of the previous year, according to the report of the Office of Cybercrime of the Department of Justice (DoJ).

In a country mired in deep poverty, and with the digitalization of the economy, information, technology, and communications, this law is one step forward in ensuring that Filipino children’s rights are safeguarded against exploitation and abuse.

While the issue is complex and multi-faceted, the law must put the interest of the children who are victims in the highest regard. The law must pave way to the complete healing and recovery of children, and not to re-traumatize them further.

The NCCP, as a part of different and various networks and alliances, has added to the growing voices of advocates in calling for the government to do something to penalize offenders, the child sexual perpetrators in particular, and to look into the factors that fuel the proliferation of this online-based violence against children.

The NCCP hopes for the full implementation of the law that is faithful to the spirit of its authors in Congress. We also call on the public to be vigilant in the fulfillment of this law. Ultimately, what matters most is that our children are protected, ensuring the enjoyment of their rights, and providing them a safe and nurturing environment. We call on our member churches and the government to continue to participate in this work and in persisting in creating a safe and better world for our children.

Download: Use the Law to Protect the Children from Online Sexual Exploitation

FVR: A Lasting Legacy for Peace

NCCK Campaign in support of prisoners of conscience in the Philippines