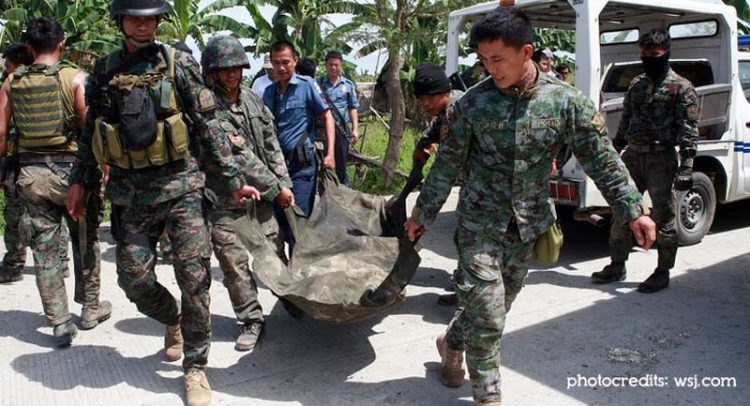 The cost of the failure of ‘Peace’

“The admission on Thursday (28 January) by House Speaker Sonny Belmonte, that the passage of the Bangsa Moro Basic Law (BBL) is now remote or most likely impossible, represents an utter betrayal not only of the people of Mindanao, but the whole nation” said Fr. Rex Reyes, General Secretary, National Council of Churches in the Philippines (NCCP). “The failure is not primarily with the Congress which is too engaged in securing their electoral futures, although it is reprehensible that the task of governance should be pushed aside in favour of electioneering.” “The real failure”, said Reyes, “is with the current administration, which like the false prophets of biblical times, has cried peace, peace, when their clearly is no peace. ‘They dress the wound of my people as though it were not serious. ‘Peace, peace,’ they say, when there is no peace. (Jeremiah 6:14)’

Reyes scored the apparent deception. “The people have been deceived, the international community that supported and invested in the peace process has been deceived, the people of Mindanao whose hopes were raised have been deceived, and more significantly their hope for peace has been betrayed and become even more fragile,” he said. The NCCP has long been critical of the peace process for its failure to adequately take into account the concerns and rights of the indigenous Lumad. It has also been critical of how the commitments in the BBL have been gradually watered down through congressional amendments. However, as Churches the NCCP has largely been silent on the general issue of the peace agreement between the government and the MILF. “But, it has been our deep hope and prayer” said Reyes “that whatever hope their might be for peace, no matter how fragile, might be realized. It has now however become obvious that real commitment to peace on the part of the administration has been absent and that the peace process has been a cynical manipulation to promote the President’s own standing and agenda.” Reyes suggested that “the lack of sincerity was clearly evident in the Mamapasano conflict, where either for money or at the behest of the United States (where evidence increasingly points to a role in both the preparation and execution of the operation), the President ordered the operation in clear contravention of the agreed ceasefire protocols and mechanisms that were set in place under the peace process.” “The tragedy of Mamapasano” opined Reyes “was multiple; the tragic and unnecessary loss of life, the damage to the nation’s confidence in the peace process, and the fractured hope of the people of Mindanao in regard to the government’s sincerity.”

According to Reyes “the real tragedy for which the President is directly culpable is that of having raised the people’s hopes, having dashed those hopes upon the rock of self-serving expediency, and now having set back the peoples hopes for peace even further than they were to begin with. A people who lose hope in the government’s sincerity will eventually turn their protest into other streams. The President has clearly made the ground fertile for the possible growth of more extreme and radical forms of violent confrontation, not just in Mindanao, but potentially throughout the country.”

Reyes also stated that “it is our deep prayer and concern, that the future President and administration that inherits the damage that the President will leave in his wake will have the heart, sensitivity and courage to repair the damage and at no matter what cost to find a way forward towards a just peace in Mindanao.”

The challenge of gender and sexuality in the ecumenical context: A UCCP perspective