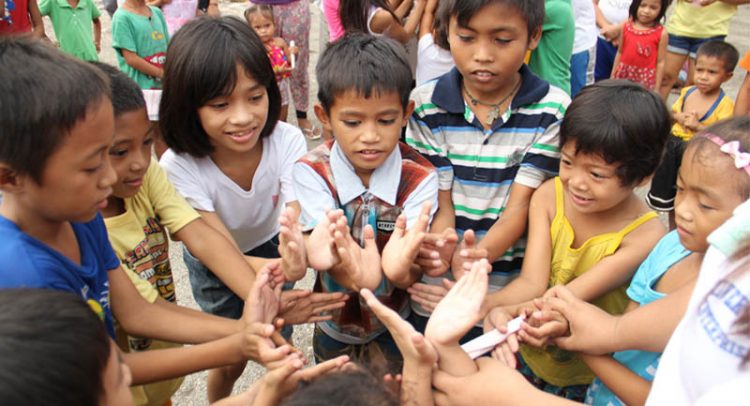 On the minimum age of criminal responsibility of children

“People were bringing even infants to him that he might touch them; and when the disciples saw it, they sternly ordered them not to do it. But Jesus called for them and said, “Let the little children come to me, and do not stop them; for it is to such as these that the kin(g)dom of God belongs. Truly I tell you, whoever does not receive the kin(g)dom of God as a little child will never enter it.” – Luke 18:15-17 (NRSV)

The National Council of Churches in the Philippines strongly opposes the passage of the Bill aimed at Lowering the Minimum Age of Criminal Responsibility of Children to age nine (9).

We affirm that children are gifts with limitless potentials. Children deserve respect, care, and protection for their survival and development regardless of race, ethnicity, gender, learning styles, culture, religion, exceptionality and socio-economic status. Children deserve every opportunity for development in a safe environment. Children have the right to enjoy protection from all forms of abuse and exploitation.

Children in conflict with the law must be seen not in isolation with the context from which they come from. Most of our children are into the deep of poverty pushing them to do things that are detrimental to themselves, to their families, their communities and the society. Government must dig deep into the roots why children are in conflict with the law rather than pursue a punitive measure that will only exacerbate the already poor conditions of children. If there is something that is of urgent concern – it is the provision of a comprehensive program that is based on the real needs of children. Unless children are provided with food on the table, a secure and reliable jobs and decent pay for their parents, shelter and have access to education and health services, the number of children in conflict with the law will continue to rise.

Studies have established that the stigma attached to a child labeled as “deviant” or “delinquent”  or “pre-delinquent” often contributes to the development of a consistent pattern of undesirable behavior by young people that compromise public safety1.

Research also show that incidents of  torture, physical, emotional, and sexual violence have been documented to have occured while in custody of police and other security forces 2. Such facts clearly indicate that the proposed law of lowering the minimum age of criminal responsibility lacks solid basis and will only cause more harm than good.

The bill fails to acknowledge the roots of serious criminality in children which are attributed  from adult – mostly parental- violence and neglect, compounded usually by poverty and the  failure of the government to fulfill its obligations to support parents in their child care responsibilities and to provide children with rights-based education.

Thus we affirm that the successful prevention of juvenile delinquency requires efforts on the part of the Church, government, media, academe, and the entire society to ensure the harmonious development of children’s personality from early childhood.

In Luke 18:15-17, Jesus situates the place of children in society to remind elders of their responsibility and the children’s role in upholding fidelity and steadfastness to the faith. It is an affirmation that children’s needs and situations are critical concerns that have to be addressed. In blessing the children, Jesus affirmed children’s inherent right to live in dignity, if not lay claim for a brighter future (NCCP Child Protection Policy).

Instead of passing the bill of Lowering the Minimum Age of Criminal Responsibility  of Children, we join other Child Rights Advocates and Child Rights Advocacy groups in calling the government to fully implement Republic Act 9344 or the “Juvenile Justice and Welfare Act” of 2006 as amended by the Republic Act 10630 “An Act Establishing a Comprehensive Juvenile and Justice Welfare Council under the Department of Social Welfare and Development, Appropriating Funds Therefor, and for other Purposes”. A provision of a just budget appropriation is imperative for the law to be fully operational.

We also call on our member churches and partner organizations to be vigilant in opposing this bill.

We commit in actively pursuing dialogue among our churches and ecumenical partners on the cultural and religious roots of punitive responses to children. We need to reflect on the assertion of original sin and legal acceptance of violent and humiliating punishment –“for purpose of correcting what is evil in the child.3”

Let us continue with our Child Rights Advocacy programs and work for the best interest of our children.