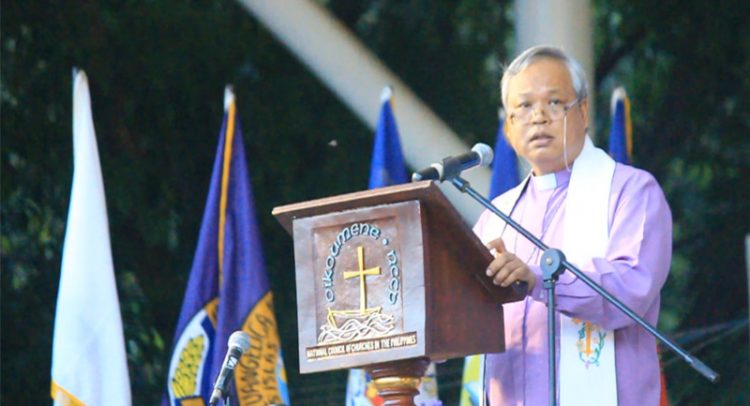 Christ is risen!  He is risen, indeed!

That is how the early Christians greeted each other.  One would say, “Christ is risen,” and the other would reply, “He is risen, indeed!”

After Jesus was arrested by a composite team, tortured, mocked, crucified; after he died and was laid in the tomb, his followers were terrified and fearful for their lives. If they could do those horrible things to their Master, a popular and respected prophet and teacher, would it be far-fetch that they come after his followers next?

The followers were dismayed and dejected.  Wasn’t Jesus the foretold Messiah?  The promised Liberator of his people from their foreign colonizers?  They pinned their hopes on him, left their jobs, their families and homes on the vision that the longed-for kongdom of God would be established soon as was prophesied by the prophets.

But he is gone! He abandoned them!  He is dead!

Might as well get out of Jreusalem and go back to where they once belonged, go back to their old trade, try to pretend not to hear the mocking, scorn and jeers from their “kababayans” about losing their gamble on a wanna-be Messiah.

A week prior to this, they were jubilant, expectant, and triumphant.  They were met with throngs of people waving palms, throwing their outer garments for the young donkey bearing their Master to walk on. And the people, the multitude were shouting that ancient coded chant:  “Hosanna, blessed is He who comes in the name of the Lord!”  To the Jews, that was actually the equivalent of shouting openly:  “Lansagin ang Herod-Romang diktadura!”

It was a People Power Revolution that turned into derision came Thursday and Friday.  The crowd that shouted “Hosanna!” were shouting a different slogan:  “Crucify him! Crucify him!”   And they watched him hang on the cross and die.

If you were one of his followers, would you not have acted in like manner as the disciples did:  hide, lock every door and window or escape from Jerusalen if you had the means the opportunity?  Hindi rin kaya kayo magtatago at baka ma-tokhang?  Hindi ba kayo tatakas mula sa Jerusalem kung meron pamamaraan at pagkakataon?

It was in this condition that Jesus came to them, and the first word he said to them, according to John’s Gospel was “Peace!” “Peace be with you!”  “Kapayapaan!” Yan ang unang katagang namutawi sa bibig ng muling nabuhay na Kristo sa kanila:  Kapayapaan!  Kapayapaan ang sumainyo!”

Let me share with you four ways in which we can understand this peace that the Risen Lord wills for people and for the world.

From the Isaiah passage, this peace is Nature in Order.  There is harmony in creation.  As Barbara Lundblad puts it, “the peacable kingdom where predators and their prey live side by side, and babies play unharmed near poisonous snakes.”  She then added that “Woody Allen once gave his own interpretation of this vision: ‘The wold shall lie down with the lambs.  But the lambs won’t get much much sleep.’”

“The wolf shall dwell with the lamb, and the leopard shall lie down with the young goat, the calf and lion together and the cow and the bear shallgraze together.”

The lamb, the young goat, the calf and the cow will have no more reason to be afraid. Why?  It is because the wolf, the leopard, lion and bear will acquire new taste buds – they will become vegetarians.  Hallelujah!  It says they will graze together.  They will be consuming grass, and it is not the recreational variety now legal in California. Ibang damo yun. Ayaw ni Pres. Digong yun.

Just an aside:  I am not sure though how my fellow Ilocanos with their love of pinapaitan and kilawen will react to Isaiah’s vision of a peacable kingdom.

The second way to see this peace that Christ wills is to see this peace as an Equalizer.  A construction of social and economic levelled field.  It is CASER – Christ’s Advocacy for Socio-Economic Restructuring.

Luke quotes Isaiah 40:3 – The voice of one crying in the wilderness, “Prepeare ye the way of the Lord. Make straight in the desert a highway for our God.  Every valley shall be filled; every mountain and hill shall be brought low.  And the crooked shall be made straight.  And the rough ways shall be made smooth.”

Luke, of course, was the very same Gospel writer who wrote the account of Mary’s visit to Elizabeth, who immortalized the Magnificat, which in part reads:

He has shown strength with his arm,
he has scattered the proud in the thoughts of their hearts;
he has brought down the mighty from their thrones
and exalted those of humble estate
he has filled the hungry with good things
and the rich he has sent empty away. (Luke 3:51-53)

This will be a great social and economic leveler.

Unpeace, caused by the unequal distribution of wealth and by the continuing widening gap between the rich and the poor will sooon be gone, and all will have their own vine and fig tree, they shall live in peace and unafraid.

Unpeace, caused by big nations imposing their will against smaller nations; unpeace caused by mighty nations intervening and meddling in the affairs of weaker nations will just be a fading memory.  “God will judge between peoples and render decisions for mighty, distant nations.  Then they will hammer their swords into plowshares and their spears into pruning hooks.  Nations will not lift up sword against nations, and  they shall learn war no more.”

Thirdly, we can see the peace that Jesus wills as peace resulting from Justice (Luke 3:10-14). Four things we note here.

Firstly,  justice denies the notion of a special class of people.  There is to be no hiding in being Abraham’s descendants.  The Jews were chosen so as to demonstrate God’s love, mercy and grace. It was not meant to make them  arrogant, proud or exclusivistic.  John the Baptist did not bother much on the niceties of public speaking.  He did not season his preaching with, “Dearly beloved in the Lord,” or “My dear sisters and brothers, he just drops the bombshell:  “You brood of vipers!” “Anak kayo ng mga ulupong!”

How is that for an intro? (I am sure people were asking: Who was his Homiletics teacher? What seminary did he graduate from?)

In one of my readings, I was informed that the common Palestine viper lays up to 20 eggs which hatch in six weeks as 8 inch long vipers. “Who warned you to flee from the wrath to come?” Perhaps John the Baptist and had in mind the scurrying of vipers that would escape a burning field (Ralph Wilson’s Jesus Walk on Luke 3:7-14).

Secondly, justice demands sharing.  If one has more than what is enough and necessary, share, give, distribute.  The first epistle of John would later pick up on this theme where we read:  “But they who have the world’s goods and see their sisters and brothers in need and close their hearts against them, how does the love of God abide in them” (1 John 3:17).  John sees this not simply as a matter of distributive justice but also as a matter of love and caring for one’s neighbor.

Thirdly, justice dictates fairness.  To the tax collectors, who try to squeeze as much as they can from people, or do “under the table” or “open the drawer” deals, John the Baptist’s instruction was to be fair; not to collect more than what is supposed to be collected.  Stop stealing from the people,

Fourthly, justice denounces abuse of power and human rights violations.  To the law enforcers, John the Baptist had this to say:  Do not take money from anyone by force, or accuse anyone falsely, be content with your wages.  If John were living today he would most likely say:  “Do not extort.  No Tokhang for Ransom.  Do not fabricate charges. Do not file trumped up charges.  No more pasalubongs and pabaons.

?Justice denies the notion of a special class of people. It demands sharing. It dictates fairness and denounces abuse of power and human rights violations.

And now for our fourth and final point:  The peace that Christ wills upholds Kingdom values.  John the Baptist preached repentance, a 180 degree turn to head back in the right direction; a repentance which leads to the forgiveness of sins.  But for that to be so, it must bear fruits in keeping with that repentance.  “By their fruits, you shall know them,”  the Lord once said (Luke 6:44).

Mananahimik na lang ba tayo at hayaang ibalik ang parusang kamatayan o babasagin natin ang katahimikan para manindigan para sa buhay at sa katotohanan na ang tao ay nilikha sa wangis ng Tagapaglikha?  Do we remain silent while the death penalty is about to be re-imposed?  Shall we not break the silence and stand up for life and the truth that people are created in the image of God?

Mananahimik na lang ba tayo habang nagpapatayan ang kapwa Pilipino o kumilos tayo  upang masegurong matuloy ang usapang pangkapayapaan? Shall we remain silent and let the guns speak while fellow-Filipinos fight with each other? Or shall we not silence the guns so parties can speak and put their heads together on how best to address the root causes of the armed conlict?

Magkikibit-balikat na lang ba tayo habang sinisira ang kalikasan at winawasak at kinabukasan ng ating bansa?  O magkakapit-bisig tayo upang ipaglaban at ipagtanggol ang Inang kalikasan?  Do we just shrug our shoulders at the destruction of our environment and the devastation of our national patrimony? Or shall we not march linked arms, shoulder to shoulder to protect and defend the integrity of creation.

Where, O Christians, are the fruits  that are in keeping with your repentance?  Martin Luther King, Jr. once said:  “They who passively accept evil are as much involved in them, as they who perpetrate them.”

Indeed, that is the promise of peace. I like how the Amplified Bible puts it:  “I have told you these things, so that in Me you may have (perfect) peace.  In this world you will have tribulation and distress and suffering, but be courageous ( be confident, be undaunted, be filled with joy and [be of good cheer]), I have overcome the world!”

Note from the Preacher:

If you put the key letters to the outline:

NO for Nature in Order
Equalizer
Justice
Kingdom values

It would form: NO EJK! That, too, is peace. Peace means NO EJK!

Peace is possible in our lifetime!

Philippine UPR Watch: Climate of impunity getting worse in PH