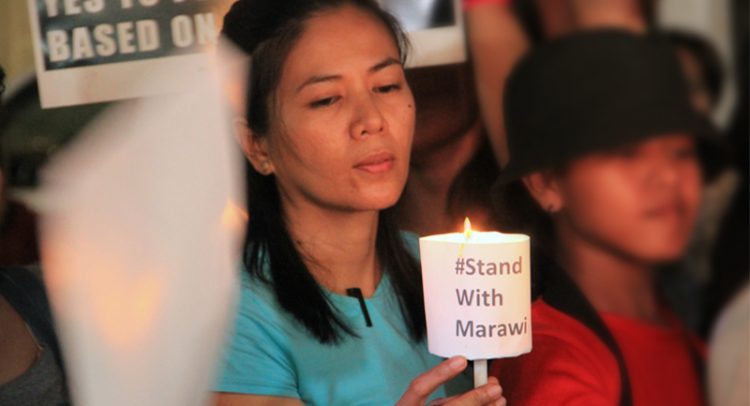 The National Council of Churches in the Philippines expresses grave concern over the undue haste in declaring Martial Law on the whole of Mindanao.

Reports say the military launched a “surgical strike in Barangay Basala, Malutlut against ‘high value targets’ belonging to the Abu Sayyaf Group and the Maute group after receiving reports about the presence of up to fifteen (15) suspicious armed men in the village.” This was at about 2 o’clock in the afternoon of May 23, 2017. Rappler further reports that by 5 p.m. Maute members reportedly occupied the Amai Pakpak Medical Center in Marawi City. Amidst explosion, fire engulfed the Marawi City Jail, the Dansalan College owned by the United Church of Christ in the Philippines and Saint Mary’s Church. At 10:00 pm. President Rodrigo Duterte placed the entire island of Mindanao under Martial Law. The Rappler report said Defense Secretary Delfin Lorenzana said “they need the power to control the movement of threat groups, conduct searches and make arrests.”

We believe that placing the entire island under Martial Law only sends a chilling effect on the general populace. We realize that the issues in Mindanao are complex. The sudden declaration of Martial Law is bound to make matters worse. It will also make the civilian more vulnerable.

We urge the general public to be vigilant especially with the possibility of outbreak of human rights violations. Our past should remind us to guard our civil liberties and other rights, Martial Law notwithstanding. We call for sobriety in speech. We are all citizens of this republic, Muslims and Christians alike.

We urge our member-churches in Mindanao to close ranks and monitor events as they take place and let their voices be heard.

We urge our President to lift the Martial Law at the soonest possible time and address the issues that gave rise to this conflict, not through an all-out-war but through peaceful means. We believe peaceful resolutions are possible.

We invite everyone to prayer, that civilians will be protected and served, that our rights and civil liberties will be respected and observed, that the malicious intent to sow war in the region will come to naught and peace and calm settle in strife-weary Mindanao. May God’s mercy and peace engulf us all.