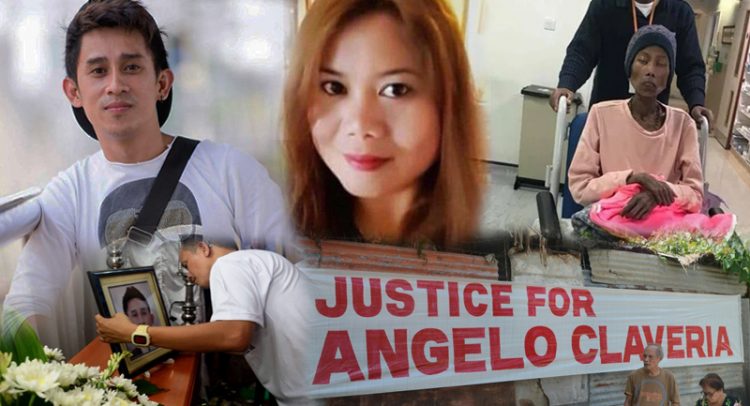 Rest now on the eternal habitations and may the bereaved families find solace in the unquenchable fire of justice and joy.

The National Council of Churches in the Philippines and in a way, the Church Witnessing With Migrants, reaches out in profound solidarity and sorrow to the families of two overseas Filipino workers whose remains were recently brought home.

Angelo Claveria, 34 years old from Iloilo, last talked to his family on Christmas 2015. He had worked in a metal factory in Hwaseong, Gyeonggi Province, South Korea since July 2014. Human bones found in a water purifier facility in May 2018 were discovered to be those of Angelo. His remains were brought home to his hometown on May 26.

Marycris del Rosario, 34 years old from Mabini, Batangas, died a week after being reunited with his family. Her family’s breadwinner, Marycris went to Qatar in 2010 as a domestic worker. Overworked, with no day off, and paid lower than what the contract stipulated, her employer took her along to London under the same working conditions. She escaped when she learned that she would be moving to Libya. A few months later, she was hospitalized, and diagnosed with Castleman disease, a rare disease that inflicts the thyroid. Because she had an expired visa, she was an undocumented worker with no access to health services. Migrante UK helped her return to the Philippines in May 2018. The National Referral Mechanism of the United Kingdom assessed that she was a victim of human trafficking.

The deaths of Angelo and Marycris came in the wake of the much publicized case of Joanna Demafelis. In February this year, Joana was found dead in a freezer in a vacant apartment in Kuwait. She had been missing for a year. She was believed to have been killed by her employers who, according to reports were tried and convicted. Typhoon Yolanda’s fury left nothing for Joanna’s family, which prompted her to work overseas.

These are Filipinos in the primes of their lives, now gone. Sad stories that are repeated again and again: of people whose hopes for a better life for their families are dashed in a most cruel manner; of workers vulnerable to abuses by employers and whose endurance can only be ended by death; of a system that commodifies, exploits and discriminates; of migration policies that enslaves with lip service to their most vulnerable moments; and of grieving families and orphaned children.

It is not hopeless to yet dream of a country that keeps its people at home, nor is it futile to assert that our country has what it takes to fully develop.

Prosper the hands of those who struggle for peace and justice, O Lord. And “into freedom, let our country awake” (R. Tagore)