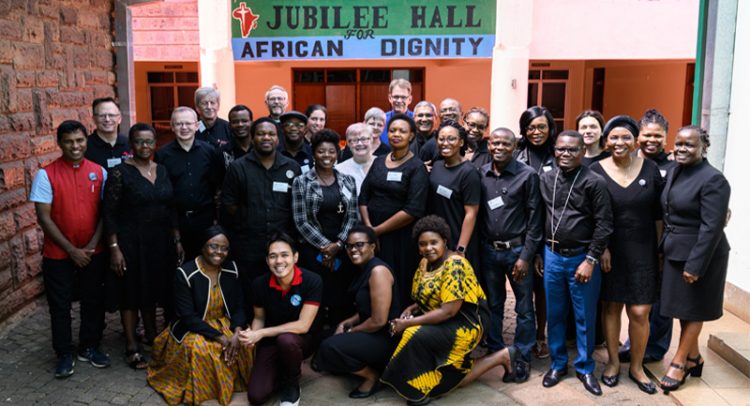 “In 2018, there has been increased harassment and red-tagging of our church leaders, members of the clergy and church workers under the Duterte administration. Despite this, our faith communities persisted in raising HIV, gender, and sexuality awareness all around the country,” said John Ryan Mendoza, former NCCP HIV coordinator and WCC-EHAIA international reference group member.

Mendoza added, “Our bishops, priests, pastors and church workers are known for following the Christian imperative to defend the rights and dignity of all persons at all times especially the poor and the marginalized. The stigma and discrimination of people living with HIV and people of diverse sexual orientations, gender identities and expressions, and diverse sexual characteristics are also understood as issues of human rights, justice and peace. The ecumenical youth movement has particularly shown leadership in this area in 2018.”

Other ecumenical HIV responses from the different regions of Africa, Jamaica, Europe, and North America were received and strategies were discussed and refined.

“Today more than ever the barriers to addressing the challenges of the HIV epidemic are not only access to medicine or biomedical responses but stigma and discrimination, fear and the social determinants of health. Churches and other faith communities remain uniquely positioned to address thes barriers,” stated the meeting report to the WCC Executive Committee.

The joint meeting also discussed on the forthcoming WCC 11th Assembly and how the HIV and AIDS response would be addressed after the assembly.

“As we approach the 2021 WCC Assembly, in the year in which we will commemorate forty years since the first diagnosis of HIV, we are still facing a growing epidemic and increasing concern about the epidemic amongst children and adolescents,” stated the report.

The joint meeting planned to form working groups related to the assembly to address the following domains; fund raising, assembly preparations, the way forward for the global ecumenical HIV and AIDS response.

“This joint meeting recommends the general secretary of WCC to continue encouraging the WCC fellowship to stay the course and keep HIV as a continued priority of the WCC, and WCC member churches, strongly reflect HIV in the work and agenda of the assembly, and encourage churches to increase their funding commitment to HIV related work,” ended the report.

Read | WCC Statement: Keeping the Faith to End an AIDS

Intensify the Fight for Health and Rights!