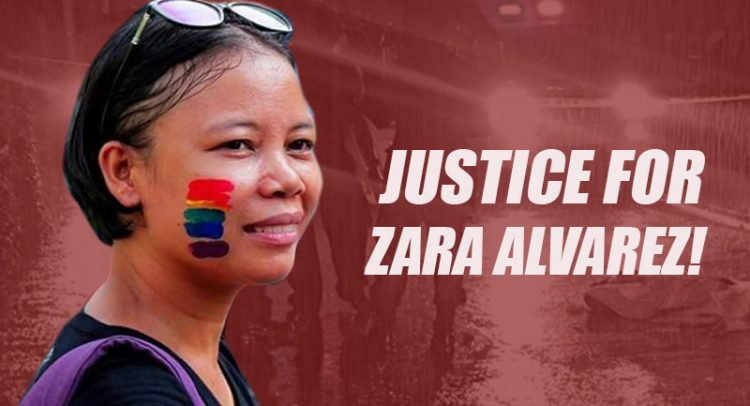 Quezon City: The National Council of Churches in the Philippines joined various sectors in condemning the killing of Zara Alvarez, an activist and health worker who was gunned down in Bacolod at 8:00 PM, on August 17, 2020.

“We feel righteous indignation over her untimely death. We pray that God’s comfort be with her bereaved family at this time of mourning”, said Bishop Reuel Norman O. Marigza, the General Secretary of the NCCP.

“Zara was a community health worker and human rights defender. She was one of our partners during the Pilgrim Team Visit of the World Council of Churches (WCC) in August 2019. The report of the Pilgrim Team Visit was later submitted to the United Nations Office of the High Commissioner for Human Rights in relation to the Iceland resolution to investigate the human rights situation in the country. She was also active in the Church People – Workers Solidarity (CWS) who tirelessly worked with the workers and farmers of Negros for the betterment of their lives. In this time of pandemic, when health workers are very much needed, she was killed in cold blood”, Bp. Marigza stated.

Zara’s work with workers and peasants has exposed her to some of the most gruesome realities of the human rights situation in the Philippines. Most of her colleagues were also killed in defense of the farmers, such as Atty. Ben Ramos of the National Union of Peoples Lawyers. She herself has been receiving death threats in the course of her work and have been consistently surveilled by state agents. A former political prisoner, she was arrested in 2012 but the obviously trumped-up charges against her was dismissed two years later. In 2018, she was one among whose name and photo appeared in island of Negros as an alleged high ranking official of the Communist Party of the Philippines.

Members of the 2019 World Council of Churches (WCC) Pilgrim Team Visit sent their heartfelt condolences to Zara’s family. In an email, Rev. Christopher Rajkumar of the Oikotree, said “At this time of difficulties, we too share our grievances and condolences with the family, friends and colleagues of Zara. May the shed blood of these martyred ones speak, motivate and inspire human rights advocates to stand firm in their commitment”.

Rev. Janet McKeithen of the UMC California-Pacific, a participant during the Pilgrim Team Visit was on the team with Zara Alvarez in Negros last year. She said in her email upon hearing the news that “Zara was one of the most courageous, strategic people I’ve ever met. She was extremely passionate and worked non-stop for the people. She is one of my sheroes and I am devastated.”

“We call on the president to stop these killings. Justice must be served for Zara Alvarez and other human rights defenders who were killed under this present dispensation.” Bishop Marigza stated.

“May God’s peace and eternal rest grant unto Zara, and may her deep and perpetual love and service to the poor continue to inspire those she left behind.” Bp. Marigza ended.