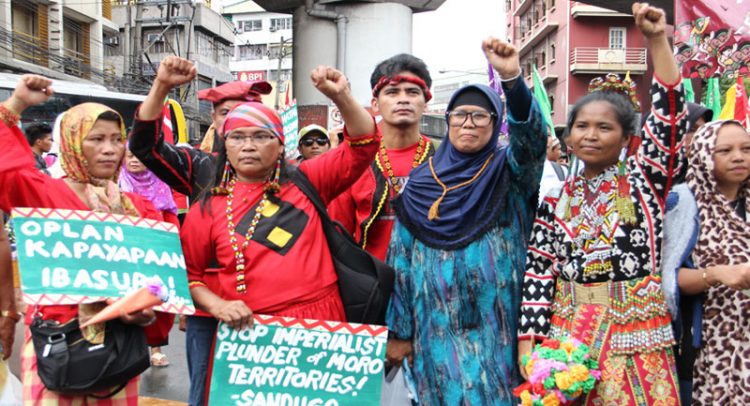 “The worsening human rights situation in the Philippines has severe impacts on indigenous peoples, further exacerbated by the COVID19 pandemic”. This was the message delivered during the 45th session of the United Nations Human Rights Council by the National Council of Churches in the Philippines, together with KATRIBU and the International Indigenous People’s Movement for Self-Determination and Liberation (PMSDL) through the World Council of Churches- Commission of the Churches in International Affairs (WCC-CCIA). They also called for an independent probe on the human rights violations and killings of Indigenous Peoples in the Philippines.

The joint statement delivered by Jennifer Philpot-Nissen, the program executive for human rights of the WCC-CCIA, on Sept. 24, 2020 during the interactive dialogue enumerated various cases of rights violation in the country perpetrated against indigenous peoples, and their communities. Philpot-Nissen mentioned the brutal killing of a Manobo tribal leader in North Cotabato, Merlin Ansabu Celis, who was shot dead, her throat slashed and eyes gouged out. The statement also included the indiscriminate bombings in Zambales, forcing Aeta communities to evacuate, while community members were arrested and severely mistreated.

Unfortunately, even amid the pandemic, vilification of rights activists and progressive Indigenous Peoples organizations intensified. “Those defending indigenous peoples, including the Cordillera People’s Alliance and church partners, continue to be vilified. Described as communists, New People’s army supporters and “wanted” individuals, these human rights defenders are targeted through posters and fictitious Facebook accounts shared by the police and military,” she added.

The statement also described the 178 Indigenous Peoples’ schools in Mindanao that have been shut down by the government, depriving 5,000 indigenous children access to education. The latest was the destruction by the paramilitary of the Indigenous school, the Mindanao Interfaith Services Foundation Academy in August 26. All of these happening in the thick of the Covid-19 pandemic.

The oral intervention pressed for the UNHRC to “establish an independent mechanism to investigate human rights violations in the Philippines especially those that were perpetrated against Indigenous Peoples. Further, the statement also asked the UNHRC for the Philippine government to strengthen its mechanisms and local remedies to ensure Indigenous Peoples’ access to justice and services, and to ensure their full, effective and meaningful participation in the implementation of state policies and projects in accordance to the UN Declaration of Indigenous Peoples, especially their rights to self-determination and free, prior and informed consent.

The NCCP and Katribu are both members of the Ecumenical Voice for Human Rights and Peace in the Philippines (EcuVoice) and have been engaging with the UNHRC since 2018. These organizations, together with the IPMSDL fully support the report of the OHCHR in June 2020 calling for the Philippine Government to “establish an on-the-ground independent, impartial investigation into the human rights violations in the Philippines”.