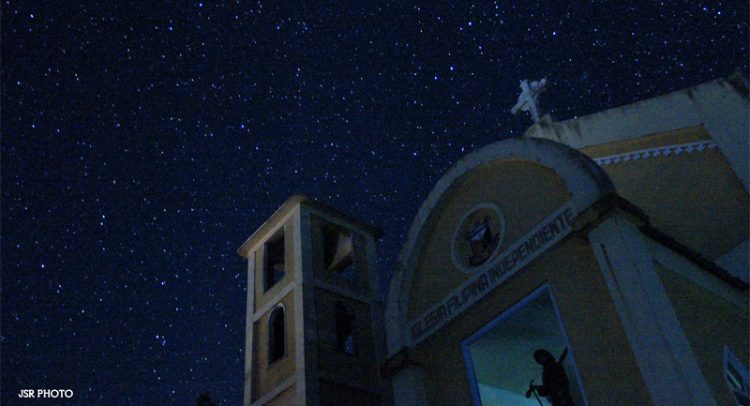 Let’s celebrate Christmas amidst the pandemic

The pandemic brought about by the COVID-19 virus has disrupted our day-to-day living. There are still over a thousand being infected daily in our country. Christmas season is here. However, with COVID-19 still around, we ask: can we still celebrate?

I. Come to think of it, that 1st Christmas was set in a not so happy situation. Why do I say so?

A. There was a pandemic of fear in the known world at that time. Caesar Augustus ordered a census be taken of all the inhabited earth.” Rome was the empire in power. Among those under its control was the land of the Jews. Census were usually taken for the purpose of taxation. It is to assess how much taxes people should pay. Each one had to return to one’s own city (or most likely the city of their ancestor). Joseph had to go to Bethlehem because he was of the house and family of David.

“Sumunod na lang kayo, [Just obey orders]” seemed to be true then. So, Joseph undertook this journey, most likely under duress, with his pregnant wife, Mary. The distance was about 145 kilometers, about 3 days journey. Why did Joseph undertake this long and perilous journey if there was no penalty involved if one did not go and register? The truth of the matter was that there was no choice.

B. There was a pandemic of “peace” in the known world at that time. But for a conquered people, that was not the peace they longed for. This was the so-called Roman peace (Pax Romana). It was a peace that came from the sword.  It was an imposed and enforced peace. It was “peaceful” if one accepts the subjugation. It was a peace based on fear.

There were, naturally, those who opposed this Roman peace and Roman rule. There were the Zealots then, the ancient counterpart of the NPA. But as the military say it: “The situation is under control.” The Zealots and the liberation movements in Palestine could not make a dent on the well-entrenched Roman rule.

“Do as we say,” the Romans would say, “and there will be peace.” To soften the image, the Romans even allowed the national elites to rule with some sort of autonomy. King Herod was allowed to rule. There was the Sanhedrin. There were even Jewish tax-collectors like Matthew (or Levi) and Zacchaeus.But the real power was in the hands of the Romans.

C. There was a pandemic of gloom and darkness. We can surmise from Isaiah 9:1 that they were experiencing gloom. In 9:2 – they were described as people who walked in darkness. In 9: 3-4, there is the yoke and rod of oppression placed on their shoulders. There seems to be a climate of despair that is draped in the land.

II. So how can there be a celebration of God’s love in such a situation?

A. They had something that caused them to see beyond their present condition and suffering – and that was HOPE. They recalled the prophets speaking about a son of David to be born to free their nation and to establish a kingdom of peace and prosperity, reminiscent of the glory of David’s rule and the grandeur of Solomon’s reign. They recalled with hope the words of the prophet Isaiah in chapter 9, concerning the Messiah:

“For unto us a Child is born, unto us a Son is given;

And the government will be upon His shoulder. And His name will be called –

Of the increase of His government and peace

There will be no end, upon the throne of David and over His kingdom,

To order it and establish it with justice and righteousness (9:6-7a)

In Isaiah 32:16-18, the prophet further strengthens this thesis when he wrote:

Then justice will dwell in the wilderness,

and righteousness remain in the fruitful field.

The work of righteousness will be peace,

And the effect of righteousness, quietness and assurance forever.

My people will dwell in a peaceful habitation,

In secure dwellings, and in quiet resting places,

Here the prophet Isaiah clearly shows that peace is the fruit of righteousness and justice. They are to be inseparable. As some had remarked: “If you want peace, work for justice!”

The royal psalms recognized this truth as well. For instance, in Psalm 72 we read:

. . . He will judge Your people with righteousness, And Your poor with justice.

The mountains will bring peace to the people, And the little hills, by righteousness.

He will bring justice to the poor of the people; He will save the children of the needy,

And will break in pieces the oppressor. . .

In His days the righteous shall flourish, And abundance of peace,

Until the moon is no more.

For He will deliver the needy when he cries, the poor also, and him who has no helper.

He will spare the poor and needy, and will save the souls of the needy.

He will redeem their life from oppression and violence;

And precious shall be their blood in His sight.

The Jewish HOPE was based on these utterances, as they anticipated the coming of the One who will be called as the Prince of Peace. These concern for the needy, the oppressed, the afflicted can well be seen in the choice of the first announcement of Christ’s birth: the shepherds. According to William Barclay, “The shepherds were despised by … good people of the day. Shepherds were quite unable to keep the details of the ceremonial law. They could not observe the meticulous hand-washings and other rules…” In their abject poverty, they have to stay up all night, away from the warmth and comfort of a home and loved ones. “Peace on earth, goodwill to all people,” was first announced to them.

It is not altogether surprising, then, that when Jesus began his public ministry, he chose Isa.61:1 (see Luke 4:18-19): “The Spirit of the Lord is upon me because he has anointed me to preach to the poor. He has sent me to proclaim release to the captives and recovery of sight to the blind, to set free those who are downtrodden, and to proclaim the favorable year of the Lord.”

Did you pick up those same concerns as we have seen in the royal psalm (Ps. 72): concern for the poor, the captives, the blind, the downtrodden and oppressed. This is, indeed, good news! This is a reason to celebrate even in the midst of the pandemic or dire conditions that we face.

B. They had something that caused them to endure their present condition and suffering – and that was LOVE – particularly the love of God.

They knew from the prophets that God cared for them and that there would be an end to their sufferings and hardships. Prophets depict God as their divine Shepherd, providing their needs and protecting them from danger (see Psalm 23). This is the God who promised a transformation of epic proportion and which Isaiah described as the seeing and experiencing of “a new heaven and a new earth” (Isaiah 65: 17ff). The apostle John would one day write that “God so loved the world …” (John 3:16).

C. Lastly, even as we follow the HOPE of God’s people, and cling on to the LOVE of God in times like these, we are challenged to take all these by FAITH.

Yes, even in the midst of the pandemic, we still can celebrate Christmas, as we possess faith, hope and love. In the name of the child who is the Prince of Peace, Amen!

On behalf of the National Council of Churches in the Philippines, its officers, and staff, we wish you all a Merry Christmas and a Happy New Year!

Silence the guns during this season of hope