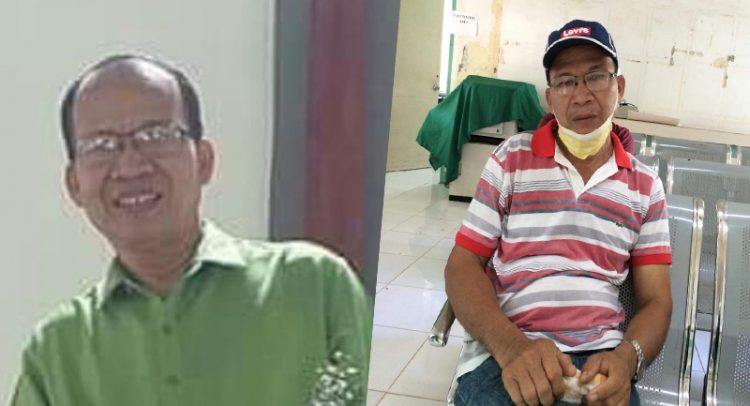 Pastor Nathaniel Vallente of Brgy. San Jose, Mabini, Bohol, is the fifth UCCP pastor who was arrested under President Rodrigo Duterte’s term. Pastor Vallente was apprehended by combined forces of the Philippine National Police and the Armed Forces of the Philippines, who claimed to have confiscated guns and grenade in his house. The raiding team did not have body cameras, no evidence of retrieval of arms and ammunitions, and the barangay officials did not sign the manifestation of arm retrievals.

“We join the UCCP in condemning this atrocious illegal arrest and harassment against one of our members of the clergy. We ask the government, what is so fearful with church workers when they begin to exercise our prophetic ministries?” Bishop Reuel Norman Marigza, NCCP General Secretary lamented.

Under the current dispensation of President Rodrigo Duterte, five UCCP Pastors have already been arbitrarily arrested. It includes the arrest of Pastor Jimmy Teves in Negros Occidental in 2019, and Pastor Dan San Andres in Bicol in June of 2020, but was later released. Pastor Dan Balucio from Albay, a humanitarian actor and a minister of the UCCP was later arrested in May 2 and was filed with fabricated charges of illegal possession of firearms and ammunitions. Earlier this month, on June 6, 2021, Pastor Benjie Gomez was also arrested in Zamboanga del Norte after conducting their Sunday worship. He was arrested over a trumped up charge of frustrated murder. Pastor Benjie is a staunch advocate for the indigenous peoples, and has work intensively with the Subanen communities in their area. We also cite the trumped-up charges against Bishop Hamuel Tequis and Rev. Daniel Palicte, and the freezing of the bank account of the UCCP Haran Center in Davao on March 12, 2021.

“Our church workers have been faithful to their pastoral duty to accompany the downtrodden, the poor and the marginalized. They have been instruments to proclaim the good news of salvation to God’s Anawim, and to expose and denounce evil. Their unwavering stand against any attempt to suppress and oppress the people’s basic and fundamental rights make them a target of a government that is coward yet intolerant to criticism’, Bishop Marigza added.

The arrests of UCCP Pastors are reminiscent of the Pres. Gloria Arroyo’s administration when church people, many of them from UCCP, were arrested or killed for being vocal in their ministries for the poor and the marginalized.

“Are these arrests of UCCP church workers and the freezing of the account of Haran indicative that the state is targeting UCCP and its ministry?”, Bp. Marigza asked. “The UCCP, along with other churches, have already sacrificed many of its fine sons and daughters, those who champion the rights of the disadvantaged. Despite the attacks, the UCCP and other churches and church organization have never wavered in accompanying the poor and the oppressed. We urge the government for the unconditional release of our pastors and to stop harassing our church workers” Bishop Marigza concluded.