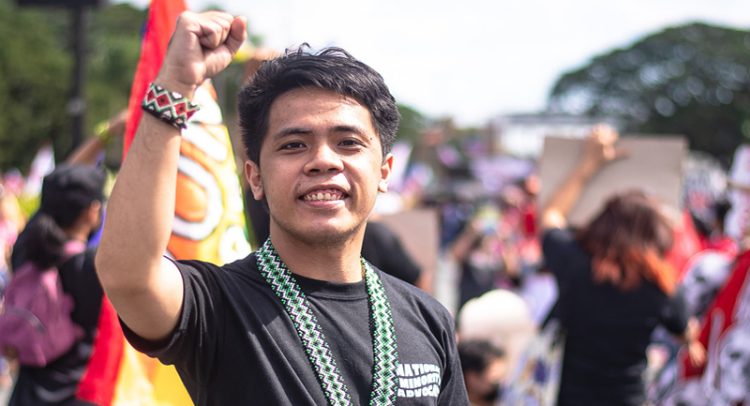 Even the Stones are Crying Out for Justice

The National Council of Churches in the Philippines is deeply distressed by the recent killing, allegedly by the Armed Forces of the Philippines, of Chad Booc and Gelejurain Ngujo, volunteer teachers among the indigenous Lumad, and their three companions, Elgyn Balonga, Robert Aragon and Tirso Añar.

According to the military, Booc and his companions were killed in a clash between soldiers of the 10th ID and members of the New People’s Army on February 24 in New Bataan, Davao de Oro. However, testimonies from local residents belie the AFP’s that such an encounter happened in that location between February 23 to 25th. Family members of the deceased also claim that the bodies of their loved ones bore injuries that are inconsistent with the AFP version of events.

According to the Save Our Schools network, the “New Bataan 5” were in the area to check on the sites of their schools that were closed during the pandemic and they were reportedly on their way back to Davao City.

What is clear, and this has been widely covered by the media, is that there were prior attempts by the military and other agents of the state to discredit and ‘red-tag’ Chad Booc and his companions. Previous fabricated charges brought against Chad Booc and others have been dismissed by the courts because of lack of probable cause and insufficient evidence.

Chad Booc, who graduated Cum Laude at the University of the Philippines (UP) Diliman in 2016 with a degree of Bachelor of Computer Science, and others who died with him, were educators among our marginalized indigenous Lumad brothers and sisters. They served at great personal cost and ultimately at the cost of their lives. It appears that yet another massacre has occurred in our country of those who have been ‘red tagged’ because they follow their conscience and faith in seeking to serve the poor. Their deaths represent a crime that goes to the very heart of the integrity not only of those who committed them, but also to those who have nurtured the culture of impunity where such crimes are not brought to account.

Thus, the NCCP calls upon the Commission on Human Rights and the Department of Justice to conduct open and transparent investigations into the killings and the veracity of the version of events being presented by the AFP.

The NCCP stands with all who serve the poor, all who exercise a prophetic ministry by speaking out for the last and the least, and we believe that as Jesus said, even if our prophets are killed, God will raise up even the stones to cry out for justice (Luke 19:40).

Women of Faith, Rise for Rights, Truth, and Good Governance!